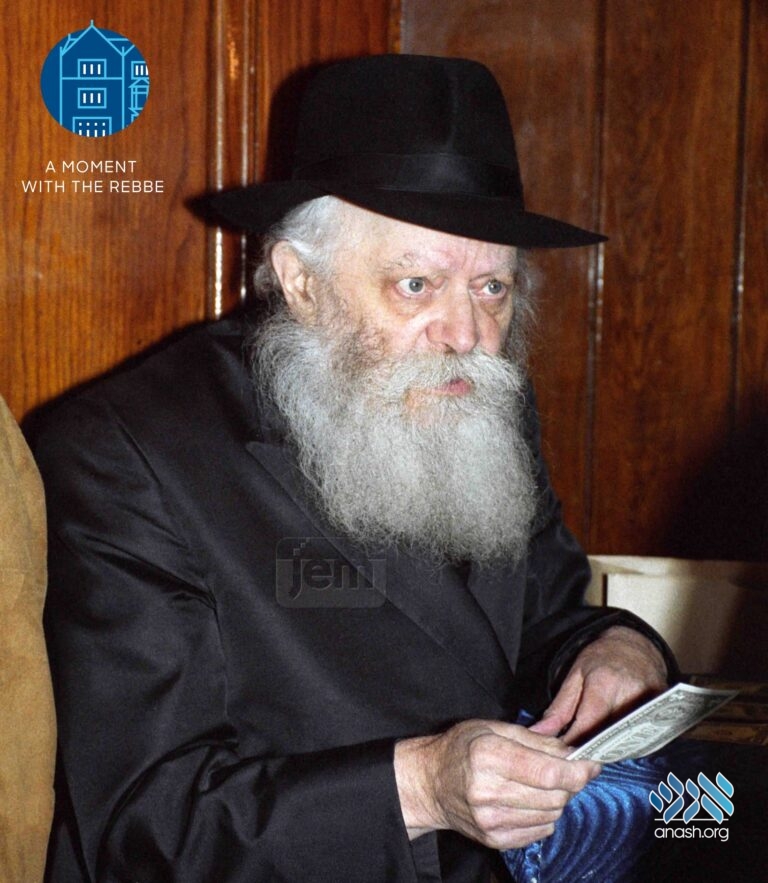 When member of the Knesset, Mr. Aharon Bekar, asked the Rebbe why he didn’t visit Eretz Yisroel, he didn’t expect this response.

In public and in private, the Rebbe demonstrated an unparalleled love for Eretz Yisroel. Thousands of sichos concluded with a plea to return to Eretz Yisroel, emotionally enumerating the holy sites. The Rebbe’s deep care for the safety of the land was renown, and in private conversations the Rebbe also demonstrated an acute knowledge of every street of her dear cities.

It was only expected that people would ask the Rebbe why he didn’t move to Eretz Yisroel. The responses varied:

To some the Rebbe listed technical difficulties, while others were referenced halachic considerations. There were times when the Rebbe expressed a sense of responsibility to American Jewry, and on occasion also explained that in some ways it is easier to influence Israeli public affairs from abroad.

However, there was one time when the Rebbe gave a surprising response. It happened at the hakafos of Simchas Torah 5731, when the Rebbe spoke with member of the Knesset, Mr. Aharon Bekar. During the course of the conversation, Mr. Bekar broached the subject.

The Rebbe replied, “I ask myself this question every day!”