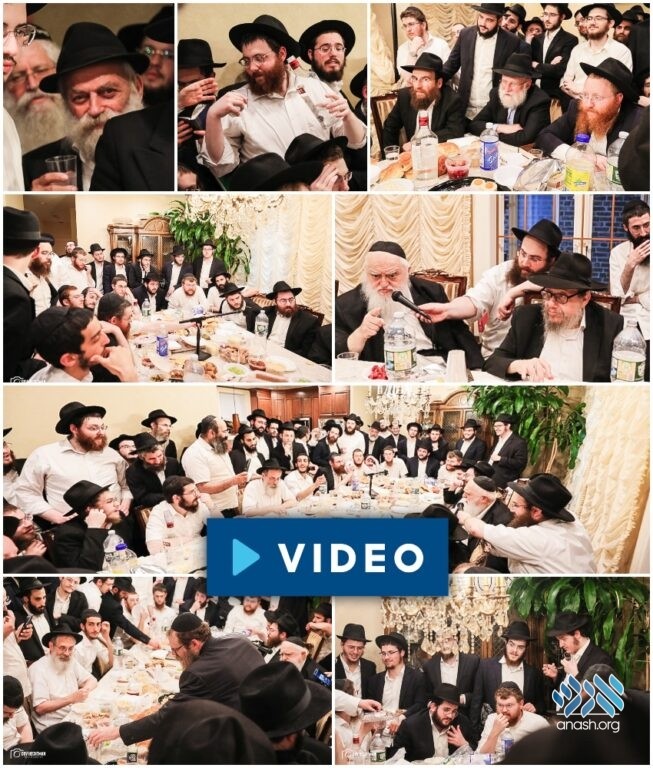 A large crowd of bochurim, Crown Heights locals and guests gathered in Reb Yoel Kahn’s modest home near 770 Eastern Parkway for a farbrengen marking the one-year yahrzeit, led by a number of prominent mashpi’im.

Hundreds of bochurim gathered with Crown Heights locals and guests in the home of Reb Yoel Kahn near 770 on Wednesday night, for a farbrengen marking the one-year yahrzeit.

Reb Yoel served as the Rebbe‘s chief chozer, recording and transcribing the Rebbe’s sichos and ma’amarim. In his role as the head mashpia in 770, and later through his classes and works, he taught Chassidus to tens of thousands. Many of the prominent Chabad mashpi’im of the day count him as their foremost teacher.

Joining the farbrengen were hundreds of Crown Heights residents who studied under Reb Yoel, alongside current 770 bochurim and members of the hanhala of 770 yeshiva, fellow chozrim, mashpi’im and rabbonim.