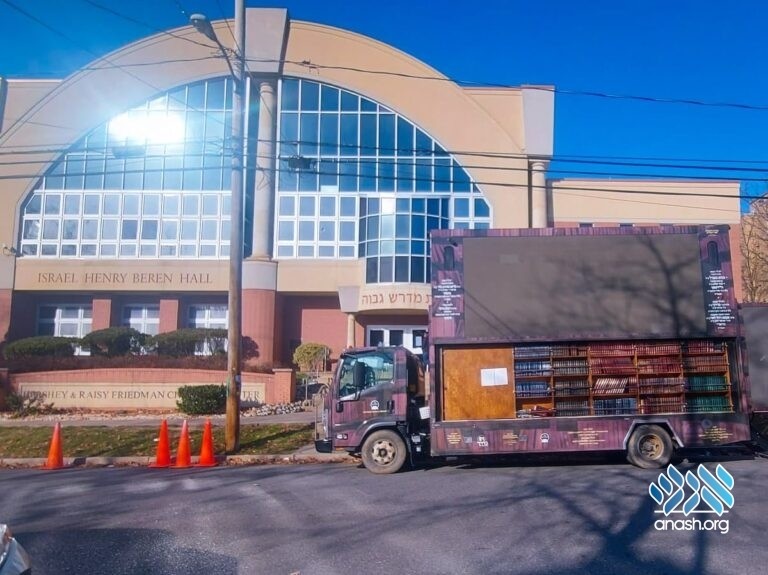 After four days spent bringing Sifrei Chassidus to heimishe neighborhoods, the bochurim and Or HaChassidus staff who have been running the Baderech Seforim Mobile say one thing with certainty: we are living in Moshiach’s times.

On Wednesday night, 21 Kislev, Baderech’s Yud Tes Kislev seforim sales drew to a close. The four-day sales event was held in heimishe communities across the tri-state area, with the seforim mobiles stopping and setting up shop outside dozens of mosdos and in areas with a high concentration of frum pedestrian traffic.

Baruch Hashem, the event was a huge success, with close to 600 separate orders made and $30,000 worth of seforim finding their way into new homes, yeshivos, and shuls.

For the bochurim and Or Hachassidus staff who spent the past few days deeply immersed in this work, it’s been a satisfying run. Empty spaces line the walls where boxes filled with seforim were previously stacked high, and the shelves of the Baderech Mobile are nearly empty. Among the most popular seforim sold were various editions of the Tanya, sets of Shulchan Aruch Harav and Torah Ohr.

“From Williamsburg to Monsey to Lakewood to YU, it was gratifying to see how much enthusiasm there is for these works of Chassidus,” said Menachem Lessoff, one of the sales coordinators. “We visited communities we had never reached before, and in each place, we were greeted by throngs of bochurim and men who were excited to explore ‘yaino shel Torah.’”

Many bochurim also remarked that they were inspired to see so many shuls and organizations that previously kept a distance from Chabad Chassidus joining the sales to mark this special day.

“We are definitely living in moshiach’s tzeitein,” Rabbi Avraham Mann, director of Ohr Hachasidus said. “Together with the help of our staff, volunteers, and generous donors we were successful in bringing Chassidus to hundreds of people this Yud Tes Kislev.”