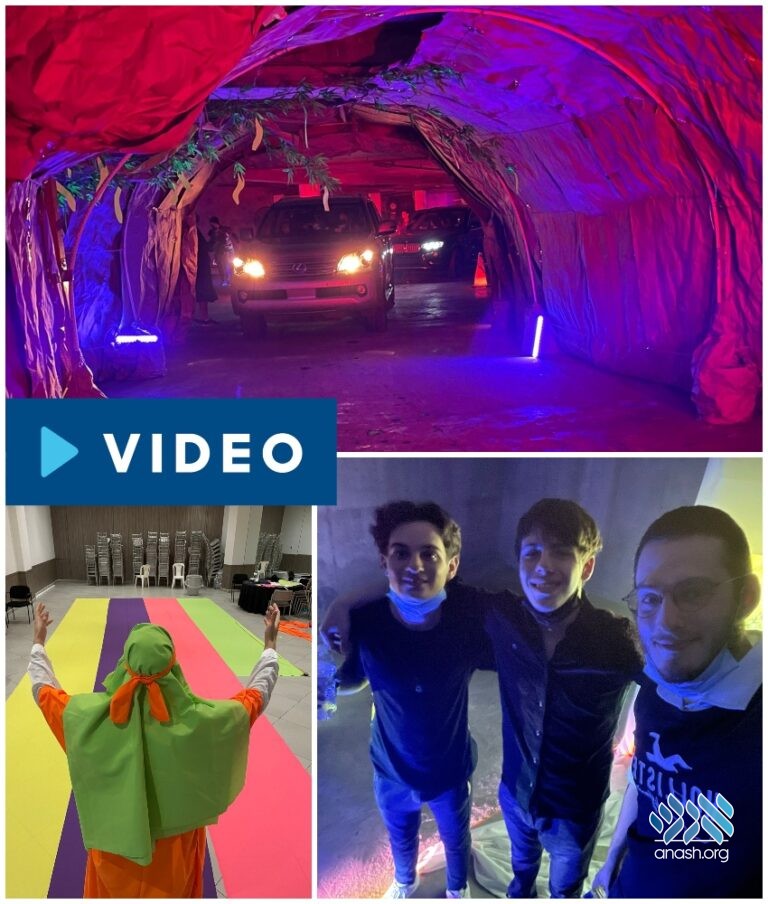 Hundreds of families in Panama City enjoyed a Lag B’omer Drive-Thru production put on by the Mitzva Tank office and Cteen volunteers, bringing to life the story of Rabbi Shimon Bar Yochai.

Hundreds of families in Panama City enjoyed a Drive-Thru production put on by the Mitzva Tank office and Cteen volunteers, in honor of the yahrzeit of Rabbi Shimon Bar Yochai on Lag B’omer.

The production, held in the Great Ashkenazi Shul Beth-El, consisted of a drive-through display, held on the 2 levels of the parking garage.

The first level told the main points of the life of Rabbi Shimon with dark light effects, smoke, a fake smoking bonfire, and fluorescent decorations. Cars drove by every post listening to an audio production retelling that part of the story. Cars then drove through a cave that had a carob tree and a river, where Rabbi Shimon and his son Elazar were learning.

The second floor was introduced by a soundtrack where people learned how through Rabbi Shimon’s Torah, Jews would be taken out of Golus. With the sound of a blasting shofar, newsreels portrayed how in the messianic era there will be no need for hospitals and pharmacies. The cars then went out through the gates of the Bais Hamikdosh.

Over 1,500 people participated in the event. The first round was performed on Thursday night with over 200 cars joining. After the enormous success of the first night, the exhibit reopened for a second time on Sunday night, with additional 100 cars joining.