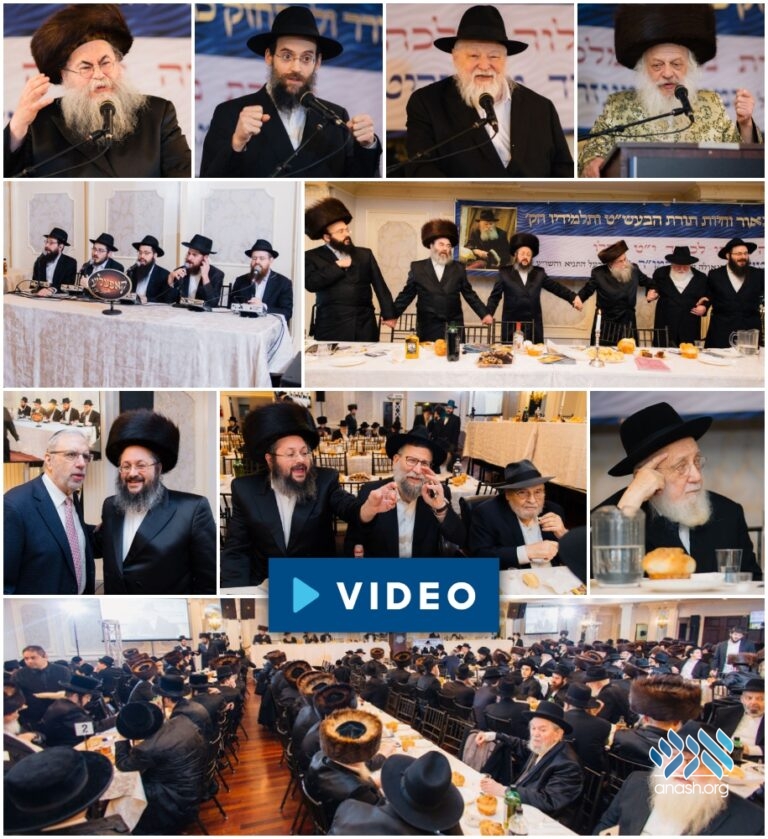 A grand melave malka in Boro Park celebrated the Rosh Hashana of Chassidus with many distinguished speakers and guests, along with the launch of a new Chassidus sefer and telephone hotline.

Hundreds of Yidden from diverse backgrounds gathered this past Motzei Shabbos to attend the 26th annual melave malka in honor of Yud Tes Kislev, organized by Heichal Menachem of Boro Park. Established and spear-headed by Reb Yehuda Leib Altein, the melava malka was graced by Talmidei Chachamim of world renown.

The evening was emceed by Rabbi Shloma Sternberg, who conducted the evening with great skill and derhoibenkeit. He spoke of the mesiras nefesh that the Alter Rebbe had in order to grant the Torah of the Baal Shem Tov and his students to all Yidden.

Rabbi Leibel Altein, yosheiv rosh of Heichal Menachem, and author of the Chassidus Mevueres series, spoke about how learning Chassidus brings a chayus to the entire Yiddishkeit. Rabbi Fishel Oster, maggid shiur in Oholei Torah, spoke of the koach and gilui Elokus that comes every year on the special day of Yud Tes Kislev, and the opportunity the day brings.

Next to speak was the Chernovitz Rebbe, who delivered warm divrei hisoreirus and some of his personal memories of the famed chossid Reb Yitzchok Dubov. The keynote address was delivered by Rabbi Nachman Yosef Twersky, maggid shiur in Oholei Torah and respected mechanech.

A special video presentation of Reb Yoel Kahn‘s address to the first Heichal Menachem Melave Malka was also played. Throughout the evening, hartzige chassidishe nigunim were led by Yossi Cohen and the Kapelle Choir, elevating the atmosphere.

The melave malka also marked the celebration of a number of Heichal Menachem’s most recent projects. Firstly, was the publication of the 8th volume of Chassidus Mevueres Tanya, covering perokim 43-47. Heichal Menachem also distributed a catalog of all the shiurim in Yiddish and English, which are now available by phone, and will soon be published on a dedicated website and mobile app as well.

Another landmark recently reached by Heichal Menachem was the opening of the Beis Reb Yoel center for learning Chassidus, and the chayus it has brought to the entire Boro Park, with hundreds coming by every week to learn Nigleh and Chassidus in the new, beautiful beis medrash.

Special mention was made of Rabbi Meir Zionce a”h, who was one of Heichal Menachem’s staunch supporters and Rabbi Don Yoel Levy a”h, who established Machon Eliezer Yitzchok that produces the acclaimed series of Chassidus Mevueres, and thanks were given to their families who continue their legacy.

Thanks were also given to the supporters of Heichel Menachem, includingRabbi Yeshaya Boymelgreen for the Boymelgreen edition of Chassidus Mevueres Tanya, Rabbi Sholom Ber Drizin and family for their yearly sponsoring of the Melave Malka, as well as R’ Yossi Popack, and Rabbi Yitzchak Michaan.