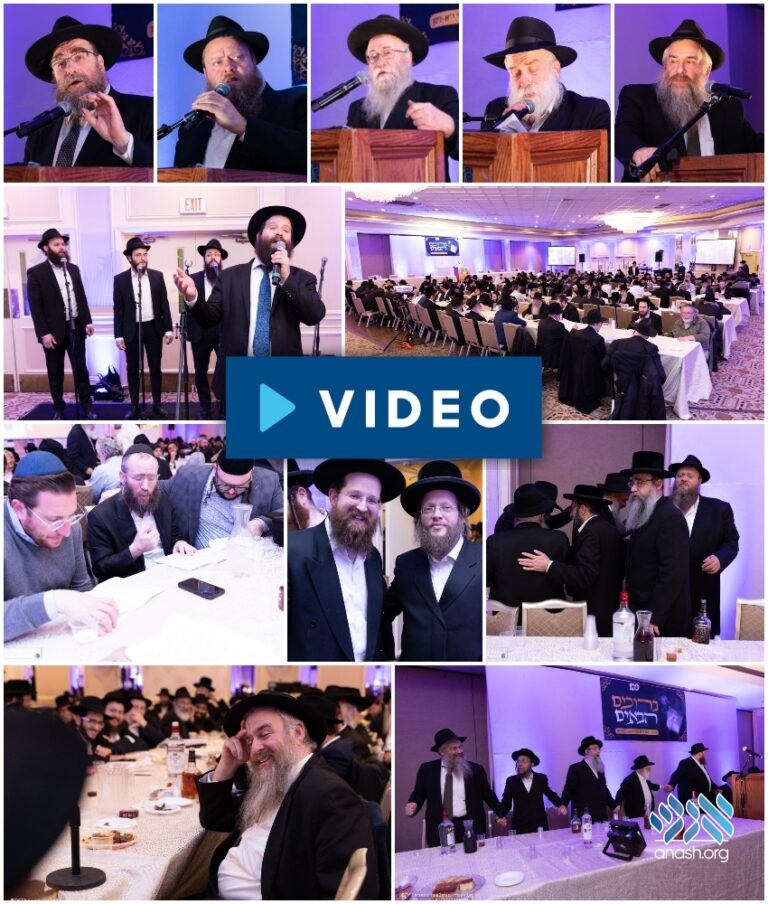 Hundreds of residents of Monsey, NY gathered Sunday night for a special event in honor of the Rebbe’s 120 birthday on Yud Alef Nissan.

The event opened with a joint study of the Rebbe’s Torah, followed by a lively farbrengen that lasted until the early hours of the morning.

The gathering was skillfully moderated by Rabbi Dudi Farkash, who spoke eloquently about the fact that the Rebbe is present wherever the Chassidim are, and about the privilege we have to be Chassidim.

Other notable speakers were Rabbi Dovid Dubov, Shliach in Princeton, NJ and the author of Yalkut Levi Yitzchok. Rabbi Dubov spoke about the Rebbe’s childhood years in Nikolaev with his father Reb Leivik.

The guest of honor, Rabbi Yosef Chaim Kantor, Head Shliach to Thailand, stressed how the success of the Shluchim and Chassidim is not due to our individual effort but only to the Rebbe – the Mishaleiach.

Rabbi Kantor also spoke about the tremendous zchus to be able to give gifts to the Rebbe in honor of his birthday.

The event was organized by Beis Chabad Pomona led by Rabbi Dovid Weber and Beis Chabad Monsey led by R’ Dudi Farkash, with the held of a group of dedicated talmidim from 770, led by hatomim Chaim Moshe Weber.