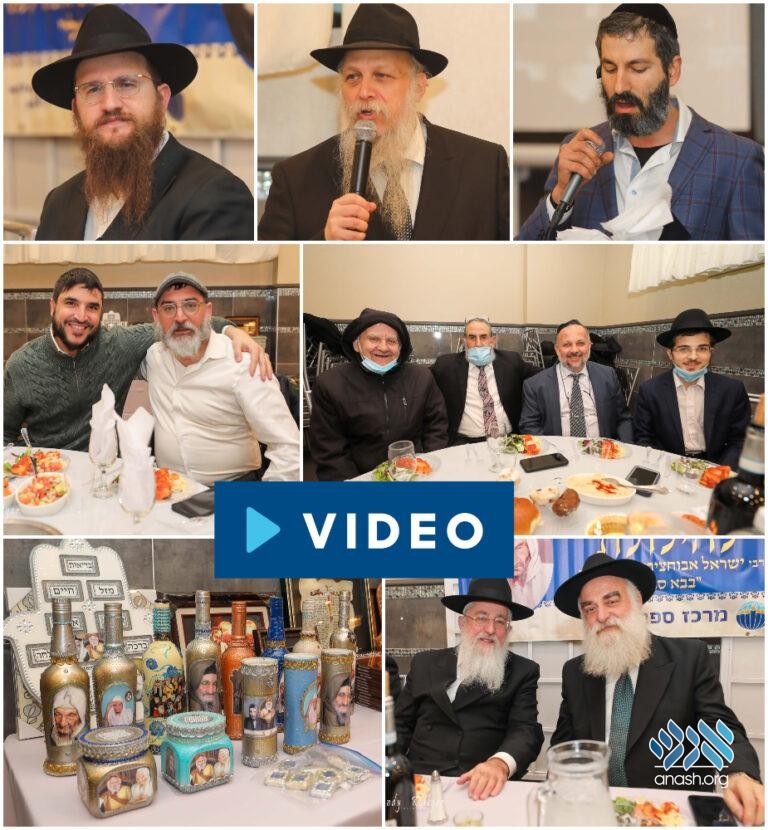 Over 200 men and women came to celebrate the Hiloula of the great Tzadik and Mekubal, Harav Yisroel Abuhatzeira, famously known as the ‘Baba Sali’ in Crown Heights.

Over 200 men and women came to celebrate the Hiloula of the great Tzadik and Mekubal, Harav Yisroel Abuhatzeira, famously known as the ‘Baba Sali’ in Crown Height, and hundreds more joined via Zoom.

The event was organized and emceed by the Rav of Sefardic community in Crown Heights and Rav of Merkaz Sfard, HaRav Eliezer (Lazer) Avtzon and was co-hosted by two grandaughters of the Baba Sali, Reb Hirshel and Annette Lipsker and their family, together with her sister’s family Reb Moshe and Chaya Zaetz and their family.

The evening started with opening remarks and a warm welcome by Rabbi Avtzon on behalf of the Kehilla and the Lipsker and Zaetz families and was followed by a short JEM video interview with Rabbi Machlouf Aminadav Krispine who is married to the daughter of Baba Meir a”h, the son of Baba Sali.

Divrei Torah and Chizuk were then given by Harav Yisroel Abergel shlita by video hook up from Netivot, Israel, Rabbi Aaron Chein from the Georgian Jewish community in Queens who was close to the Baba Sali in his youth, Rabbi Meir Shushan of the Lincoln Place Shul and Rabbi Michoel Seligson.

Piyutim were led by Machlouf Krispine, Chaim Shabtai, Yossi Sultan, Dovid Attias, Adam Amsallem and the Zaetz and Lipsker great-grandchildren of the Baba Sali, accompanied by Salah the pianist, from Casablanca, Morocco.

Bakashot for Brachot of Refuah, Shiduchim, Shalom Bayit and to merit the Geulah were sent this morning to the Tzion of Baba Sali where they were read, and were also placed by the Ohel of the Rebbe.

May we all be zoche to see the geulah shleima which was the biggest desire of the Baba Sali, Amen.

To support the work of the Merkaz Sefarad, please click here to make a charitable donation.