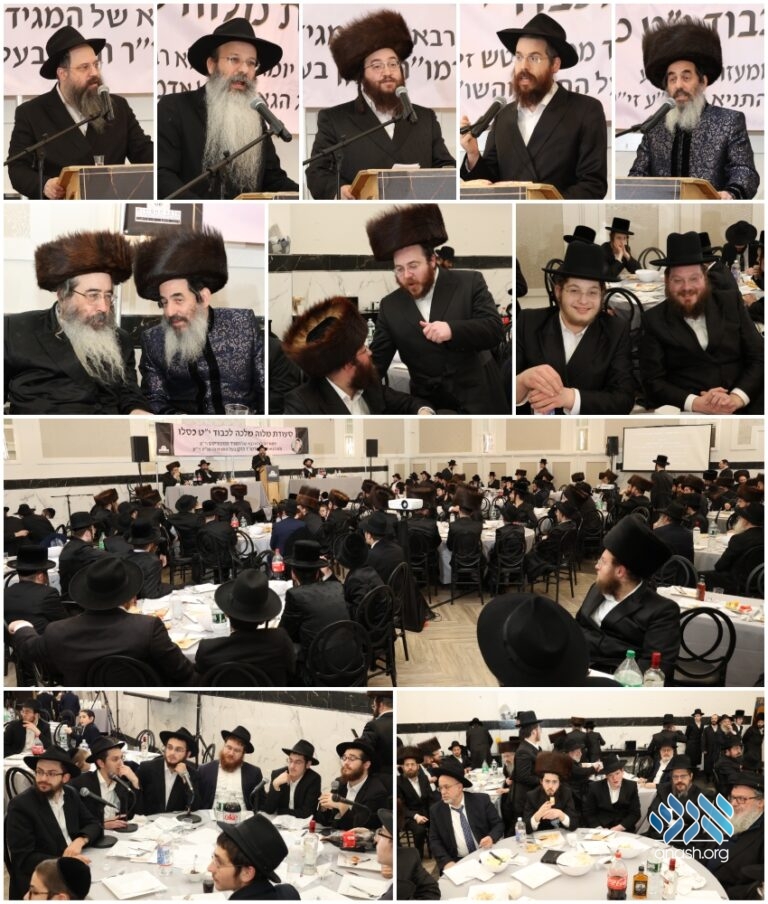 Lakewood residents of all stripes gathered this Motzei Shabbos for a grand melava malka farbrengen in honor of Yud Tes Kislev and addressed many distinguished speakers and guests.

Lakewood residents of all stripes gathered this Motzei Shabbos for an uplifting farbrengen in honor of Yud Tes Kislev. The farbrengen was arranged by Rabbi Chaim Meisels of Lakewood’s Heichal Menachem.

A choir by the Sasonkin brothers led the crowd with chassidishe niggunim, and the annual seforim sale facilitated by Zalman Wilhelm and Ohr Hachassidus’ famous ‘baderech‘ truck sold hundreds of Sifrei Chassidus.

Alongside the melava malka, Heichal Menachem of Lakewood was instrumental in arranging several other Yud Tes Kislev events in Lakewood, bringing hundreds more to farbrengens.

A key innovation at this year’s farbrengen was the launch of the Lakewood chapter of Irgun Limud Hatanya. Following the incredible success, the program has seen in many New York communities, the program is now being launched in Lakewood, appealing to the hundreds who frequent Heichal Menachem’s learning center in Lakewood for the various weekly shiurim and farbrengens.

“We have Baruch Hashem seen amazing over the last 10 years in Lakewood,” Rabbi Meisels tells Anash.org. “We’ve started with close to nothing we’ve been able to bring the light of Chassidus to thousands of Lakewood residents with  a nightly Chassidus Kollel, over 100 shiurim and farbrengens every year, a lag ba’omer parade, and so much more, because at the end of the day, יד החסידים על העליונה!”