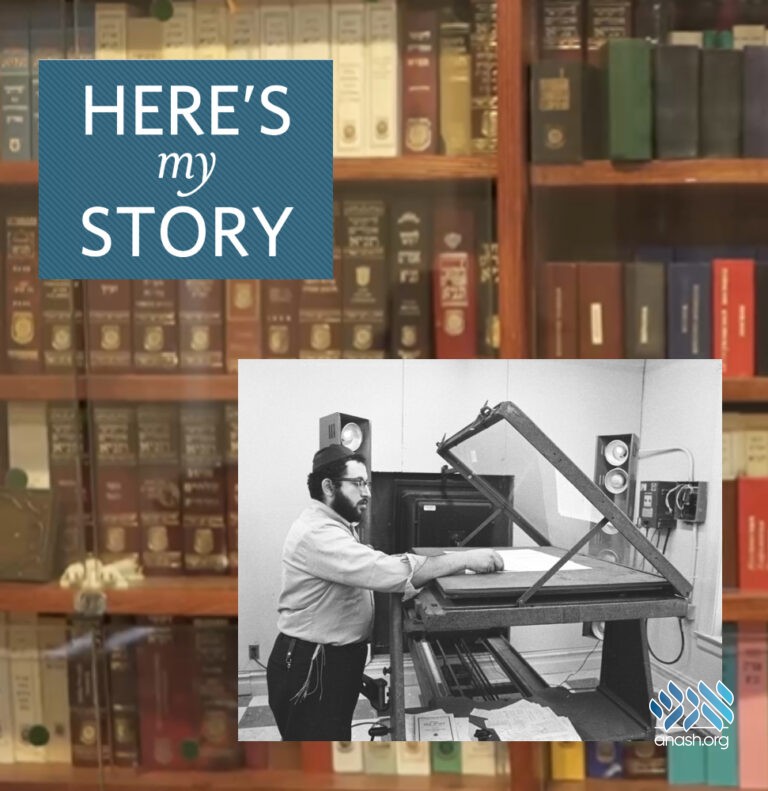 Until the late 1970s, the Tanya was printed less than 100 times. Since then, it has been printed in nearly 8,000 editions. Rabbi Shalom Jacobson, who was appointed by the Rebbe to be in charge of the printings, tells how it came about.

Rabbi Sholom Jacobson was a member of “Vaad L’hafotzas Sichos,” the organization responsible for transcribing the Rebbe’s talks, and spent many years arranging for Tanyas to be printed around the globe. He was interviewed in November of 2020, nine months before he passed away in August of 2021.

Until the late 1970s, the Tanya, the central work of Chabad chasidic philosophy, had been printed less than 100 times since its original publication in 1796 by the Alter Rebbe, Rabbi Shneur Zalman. But in 1978, the Rebbe launched a special Tanya printing campaign, announcing that he wanted the Tanya to be printed in any country where it had not yet been printed. Since then, there have been 7,530 editions, thank G-d, and we’re still going strong. [As of 19 Kislev 5782, there are approximately 7,700 editions of Tanya.]

The purpose of printing the Tanyas, as the Rebbe explained it, is to help bring Mashiach, by disseminating the teachings of Chasidism – “spreading the wellsprings outward,” in the traditional phrase. But, instead of those springs just bringing water to some far places, printing a Tanya in a new city was a way of spreading the “fountainhead” itself. A place where the Tanya was being printed would become the source from which the wellsprings of the Torah would flow out further.

He gave a few general instructions regarding the master text, specified that each print run should have at least a thousand copies, and also said something very significant: Printing Tanyas would be a channel to draw down blessings for the year ahead.

As a member of the team responsible for publishing the Rebbe’s teachings, I had worked on a commemorative edition of the Tanya, in honor of the Rebbe’s 70th birthday, a few years earlier.

Now, with this campaign, I became much more involved. On the morning before Yom Kippur of that year, just over a month after the Rebbe announced the printing initiative, we got a call from Rabbi Leibel Groner, the Rebbe’s secretary, who told me that the Rebbe wanted us to print a Tanya that very day and to submit it to him before Yom Kippur began – that meant we only had about ten hours! It was impossible. We started calling some printers, but they laughed when we told them what we wanted.

So, we started to produce a Tanya from scratch, with the equipment we used to print the Rebbe’s weekly talks. It was no simple task. At that time, it meant making negatives, formatting the layout, making plates, and then printing.

Since it would not be possible to complete the project on time, we just planned to do as much as we could before Yom Kippur. But that was not exactly what the Rebbe had in mind. He actually wanted us to finish the whole book before Yom Kippur began. Rabbi Groner, the Rebbe’s secretary, called throughout the day to check on our progress, and then he informed us, “We aren’t starting the Yom Kippur prayers until there’s a printed Tanya.”

We had to change our whole system. We would be printing one plate while working on the next, and as soon as the new plate was ready, we took off the old one, put the new one on, and kept on printing.

Everyone was already in the synagogue ready for the prayers to begin and the Rebbe had come down from his office. Sundown was fast approaching, but they weren’t starting Kol Nidrei, and no one knew why.

Meanwhile, three floors above the synagogue, we had just finished our work. The book came off the presses in large sheets of paper, each containing thirty-two pages. We folded the sheets, wrapped them in rubber bands and brought them to 770. I came running into the synagogue with my weekday clothes full of black ink – not exactly the traditional talit and kittel worn on Yom Kippur.

I handed the Tanya to Rabbi Groner, who put it down on the Rebbe’s lectern. The Rebbe gave the green light, and Kol Nidrei began.

To say it was a very hectic Erev Yom Kippur is an understatement. But we understood that the Rebbe’s instruction to make the Tanya at that time was on account of some spiritual reason which was beyond us, so we didn’t ask questions.

Throughout that year and into 1979, the Rebbe strongly pushed for the printing of more Tanyas. He asked numerous individuals who intended to travel on business to make a detour and print Tanyas in certain cities.

It was my job to get everything ready for the printing. As much as possible, I had corrected the master text of the Tanya which was used for every printing – in general, nothing in the traditional text was to be changed, so we used to ask the Rebbe before correcting anything inside the Tanya – but the title page had to be customized. I would paste in the date and location of every printing. And I set it all up so even an outside printer, who didn’t know Hebrew, could do the job.

Today, with computers and programs like Adobe, we can do all this with PDF’s and emails. But back then, I would be running to the post office to send those sheets out by Express Mail.

In 1983, the US Army went to take Grenada out of Cuban communist control, and when Chanukah came, the army asked the Chabad chaplain Colonel Jacob Goldstein to lead a service for the Jewish servicemen there. The Rebbe instructed him to print a Tanya in Grenada.

Colonel Goldstein managed to make two printings, one with a local printer, and another through the military itself. When the Tanya was sent back here for binding, I came upon the idea to get it bound in camouflage colors, for an unmistakable military look. Rabbi Goldstein then got permission to put the seal of the US Department of Defense on the cover.

When it was brought to him, the Rebbe liked the Tanya very much. He asked for a magnifying glass to examine the seal, and then queried, “Was there official permission for this?” Thank G-d, there was.

Shortly after, the Rebbe announced that the Tanya should be printed in every city and town – not just every country – where there are Jews living, in print runs of at least 100 copies. The response to that call was incredible. My telephone didn’t stop ringing at all hours of the night, as people started calling from around the world about arranging printings. They were so enthusiastic that some people would do more than one printing. More than one Chabad emissary printed in almost every city in their states.

Quoting the adage of the Sages, “The inhabitants of a place appreciate its beauty,” the Rebbe once explained that when someone sees the name of their city on a Tanya, it would make them feel more connected to the text. One time he even remarked, “It’s worth building a city just to print a Tanya there!”

So while the Rebbe associated the printing of the Tanya with blessings, the basic intent, as he stated a number of times, was to encourage the actual study of the book. He even instructed that, as soon as a Tanya is printed, even before binding it, one should study from the freshly printed pages.

Not long after the Grenada story, the chief rabbi of the IDF, Rabbi Gad Navon, came to the Rebbe for an audience. When he noticed the Grenada Tanya lying on the Rebbe’s desk, his jaw dropped. The Rebbe smiled and said, “I also have a military.” When he gave the call, the Rebbe’s military took to arms and got the Tanyas printed everywhere.