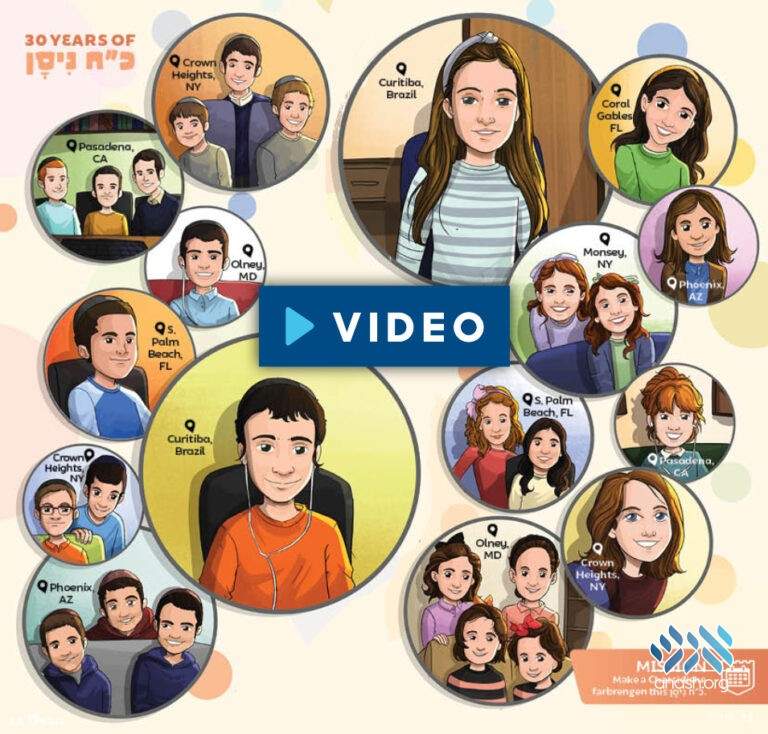 What started off as a group of cousins gathering on Zoom each week to learn about Moshiach quickly became the highlight of their week, and is now spreading to more and more families around the world.

“It’s 6:30!” my kids yell each Sunday, and they all rush to gather around the computer screen, a huge bowl of popcorn on the side, for Aunt Miri’s weekly Moshiach Zoom shiur.

Last year, at the height of the pandemic in Crown Heights, my sister-in-law Miri Stolik, a 4th grade teacher, launched a 20-minute class for her nieces and nephews scattered around the globe. It was part of an initiative to jumpstart 770 groups to learn Moshiach and Geula up to six times.

This one is still going strong.

The cousins all agree that, “it’s not just another Zoom class.” Of course, part of the draw is that they get to interact with their family from around the world. A year ago, some of them were almost strangers; now they are fast friends. But after the first five minutes, Moshiach and Geulah become the focus. With colorful GIFs, “fun fact” slideshows, prize-worthy Qs & As, Miri captures the power of technology and the world wide web to help her nieces and nephews live with Moshiach and fulfill the Rebbe’s charge of “Do all you can” for the rest of their week.

When I watch my kids these days, and the casual way Moshiach and Geulah weaves its way into their daily conversation and interactions, I see how the Rebbe’s charge of “learn it and bring it closer” has practical impact. “Because Moshiach’s here,” is my daughter’s current response to any happy surprise.

“When I started working on the feature about the Moshiach zoom group,” says Aidel Cohen, a writer and editor on the Hachayol staff who authored the article in honor of Chof-Ches Nissan, “I was astonished to see how well such young children are understanding the depth of Moshiach. They are not only enjoying, they are internalizing what Geulah means.” She hopes that others will also be impacted. “If more families and schools would get involved, imagine how much closer Moshiach would be.”

Article feedback came quickly. Rabbi Zalmy Teichtel at Kansas State University saw the article and was immediately inspired to start a Moshiach Zoom for his own family. He reached out to find out how he could run the program.

“Miri Stolik offered all her materials so I can set up my own classes,” he says. “They are so engaging and practical—full of cute graphics and interactive activities. They literally sweep you in to the excitement of the future. We’re planning to hand them around, so each week, another participant can lead the learning.”

Then he realized that everyone can benefit. “Many families will be reading about the Moshiach Zoom this Shabbos, Chof-Ches Nissan. Some of them may be moved to start their own shiur. But like me, they’ll wonder: How do I do it? What would I teach?”

It’s easier than you think to help your family get a tantalizing glimpse what Moshiach times will be like. It’s a narrated video/power point.

Email Miri Stolik at MoshiachHangout@gmail.com. She will send you the learning materials which include an animated and engaging power point and a brief video tutorial.

I was initially hesitant to produce a Hachayol article of such a personal nature and only did so at the insistence of my co-workers. I’m glad I did! When I get back to work next week, it will be to the tune of the happiest “I told you so!” I’ll ever hear.