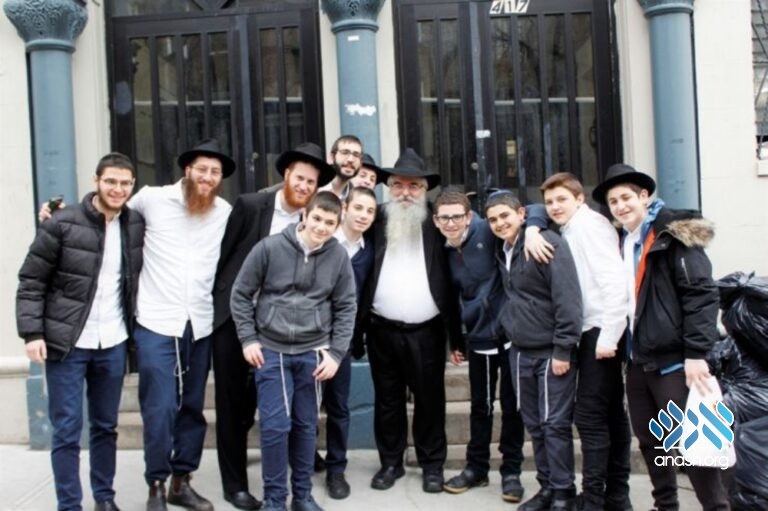 From the Anash.org Inbox: A former students of Rabbi Zushe Wilhelm writes of the time he was almost caught breaking severely Yeshiva rules, what Rabbi Wilhelm did to help him, and how that changed the trajectory of his life.

By a former student of Oholei Torah Mesivta

When I was in Oholei Torah Mesivta, me and my friends had some spare time and we had a very profitable and lucrative business venture. We would sell movies on DVDs out of our lockers in Mesivta.

One day Rabbi Zushe Wilhelm the Menahel pulled me to the side and told me that he had just spoken with Rabbi Y. Rosenfeld the Dean of Oholei Torah and was informed by Rabbi Rosenfeld that there are bochurim in yeshiva who are selling movies on DVDs and he personally will be coming in the near future to go through the lockers, terminate our business, single out those who stood behind this venture and most probably have Reb Zushe suspend if not expell us from Yeshiva.

Obviously we made sure to empty out our lockers and remove any trace whatsoever of our little business venture..

A few weeks later Reb Zushe called me into his office and spoke with me about the above-mentioned situation. We ironed out some details and I agreed to stop selling movies in Yeshiva.

Some of you reading this may find this story strange if not weird. Many of you may have a difference of opinion. Why did Reb Zushe feel the need to go out of his way and inform us about a forthcoming raid? Maybe he should have let nature take its course. Let our business be busted. Have Yeshiva protocol be implemented and have us suffer the consequences.

But for those who knew Reb Zushe, know that this wasn’t him. With Reb Zushe there was no pressure, no instilling fear. It was all out of care and compassion. Sincerity fused with genuine love. Love for each and every student to succed.

Reb Zushe sidestepped something a normal menahel wouldn’t have. He went above and beyond. He probably shouldn’t have told me this information, but he knew what was right. And I know that he did the right thing, because if not for Reb Zushe who knows where I will be today, probably selling movies on some street corner.

As I conclude this tribute to a figure I sorely miss, a man larger than life who was so humble and so kind, and changed the trajectory of my life forever and which words can never really describe all I can say is. Thank you.

Today I’m married with BH a beautiful family and amazing kids. And yes in my house my children do watch DVDs. But there is only one difference between mine and theirs. Because mine was of particular content and theirs are DVDs of the Rebbe.