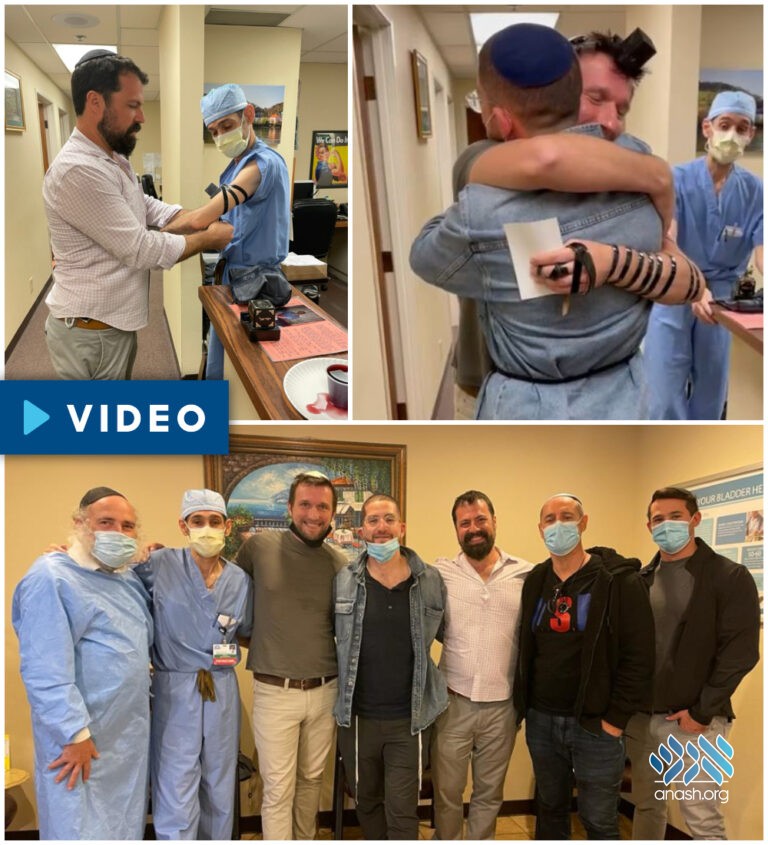 While taking an Uber to the airport after attending a bris, Avi Mogilevsky discovered that his Jewish driver did not have a bris himself. The short encounter led to a serious commitment and brought many more mitzvos in its wake.

While taking an Uber to the airport after attending a bris, a Lubavitcher discovered that his Jewish driver did not have a bris himself. The short encounter led to a serious commitment and brought many more mitzvos in its wake.

A few weeks ago, Avi Mogilevsky traveled from Atlanta, Georgia to Los Angeles, CA to attend the bris of Moshe and Tirtzah Ciment‘s newborn son.

After the bris, while taking an Uber to the airport for his return flight home, Avi got into a conversation with his Uber driver.

The driver, whose name was Jake, shared that he was Jewish, although his mother was raised in a non-Jewish orphanage in Ukraine. After speaking for a while, Avi asked him if he ever got a bris, but he hadn’t.

Jake said that he had considered it, but he couldn’t afford the $1400 cost. Avi assured him that he’ll work it out and make sure the fees are covered. They pulled over, Jake put on Tefillin, and then he agreed to go ahead with the idea and have a bris.

Avi wasted no time and arranged for the mohel, Rabbi Nachman Kreiman, to perform the bris at a hospital in LA.

Meanwhile, Jake hesitated. But then he picked up another Jewish passenger, Misha, who had been born in Soviet Ukraine, and later immigrated to the United States. He had gotten a bris later in life, and strongly encouraged his friend to go ahead with it, promising that he’ll come along to be there with him when he does.

This week, the day of the bris arrived, and Avi flew to Los Angeles a second time for the occasion, where Jake chose the name Yaakov. This Bris was followed by another adult Bris performed by Rabbi Kreinman.

Yaakov’s bris then led to even more mitzvos, when he and one of the doctors present put on tefillin.

So one bris led to another, a bar mitzvah, and a few tefillins….