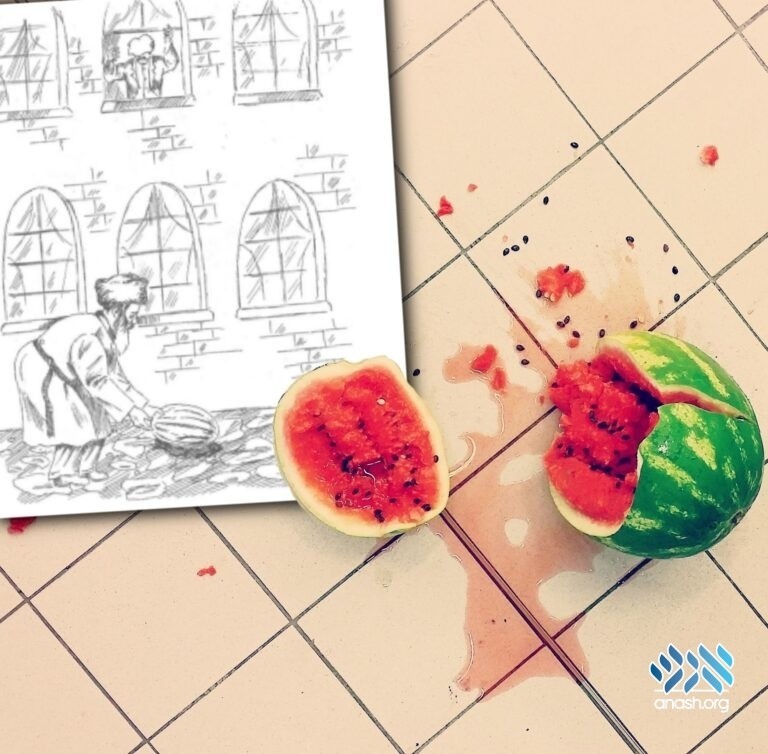 Do watermelons have any connection to Yud Tes Kislev? Sholom Ber Kirsh takes a closer look at the famous story of the government minister who passed a message to a chossid…with a watermelon?

Do watermelons have any connection to Yud Tes Kislev?

I assume you answered yes. But do they?

We all know the story, but I’ll recap anyway.

As the Alter Rebbe was being arrested, he asked his brother-in-law Reb Yisroel Kozik to travel to Petersburg. Reb Yisroel immediately did as he was instructed.

Not having been told what he was to do in Petersburg, Reb Yisroel walked around the city hoping he would discover the purpose of his being there.

One day while walking, an official approached and asked him his name. Reb Yisroel, who had left Liozna without even picking up his ID, was carrying someone else’s documents and gave the official that person’s name.

The official, who happened to be a government minister, responded: “You’re lying,” and walked away.

Bewildered by what had just happened, Reb Yisroel spoke it over with the other Chasidim. The Chasidim thought that perhaps this was somehow connected to the Alter Rebbe. They advised him to continue walking around and, if he meets the minister again, to give his real name.

A short time later, the minister again saw Reb Yisroel and asked him his name. This time Reb Yisroel gave his real name.

The minister turned around and started walking. Reb Yisroel understood that he was supposed to follow behind. After a short walk, the minister walked into a house, and Reb Yisroel waited outside.

A few moments later, a window opened, and the minister dropped a…

Did you say watermelon?

Reb Yisroel picked up the … and brought it to the Chasidim. When they cut it open, they found a letter with the Possuk of Shema written by the Alter Rebbe.

That’s the story. Now back to the blanks.

Are there watermelons available during the winter? How about fifteen years ago? Make that 200 years ago in the Russian winter?

Describing the wealth of Rebbi Yehuda Hanasi and Antoninus, the Gemara writes that they had certain seasonal vegetables all year round. Nowadays, we’re getting there, but 200 years ago?

Another question. Did you ever drop a watermelon? Were you lucky enough not to get dirty when it exploded?

So where does the watermelon in the story come from?

Let me give a simple suggestion.

The Ukrainian word for pumpkin is Harbuz (гарбуз), it can also mean the extended pumpkin family, such as a gourd or squash.

Is it starting to make sense?

The story was probably told by Chasidim, who would say that the minister dropped an Harbuz. Someone asked a Russian speaker what the word means, and he was told a ‘watermelon’. There you have it, a watermelon in a Russian winter 224 years ago.

Pumpkins (and gourds), on the other hand, are winter vegetables. You can also easily make a small cut in them and clean out their seeds. You can even drop a small one, and it will stay whole.

If you haven’t yet, click on the words to see Google translate. Take it or leave it.