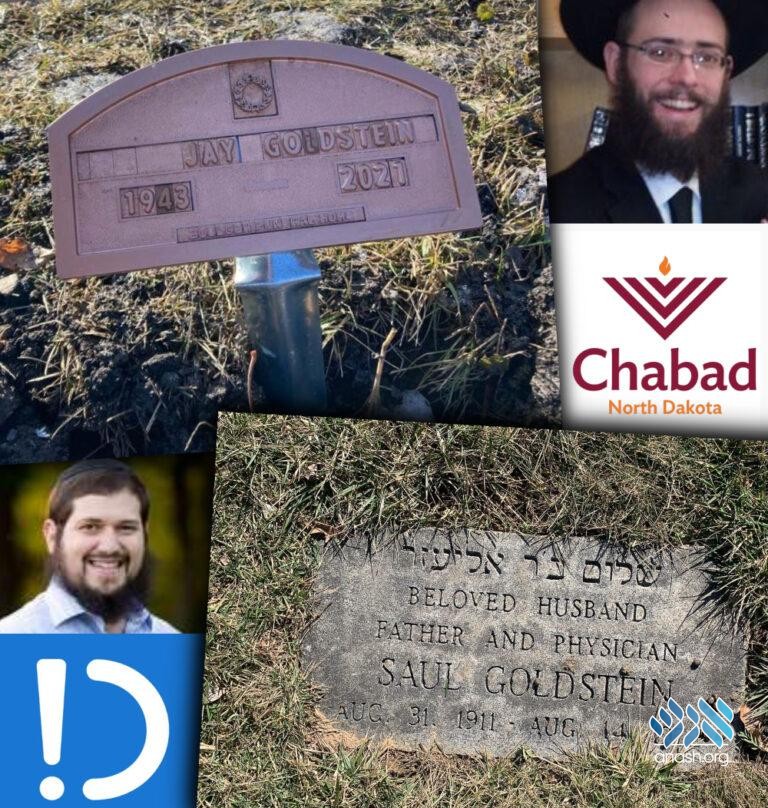 In an amazing story of true Jewish unity, members of the Dan’s Deals Forum from around the USA joined together to help ensure a Yid in North Dakota got a proper Jewish burial. Dan Eleff, founder of Dan’s Deals, tells the story.

By Dan Eleff of DansDeals.com

Last week I shared the story of a 141-year-old siddur and family tree that made its way across continents to be returned to its owner, thanks to DDF, or the DansDeals Forums.

After reading the story, DDF member Rabbi Yonah Grossman, who is a Chabad shliach in Fargo, North Dakota, figured he would try his luck and ask the forums for help.

He met Dr. Jay Goldstein just a few weeks ago. The Doctor was not planning on having a Jewish burial, but the shliach was called in to help him say his final prayers.

In addition to saying viduy, the Doctor tearfully agreed to put on tefilin, while telling the shliach that he never thought he would ever put them on again. After donning tefilin, he felt so inspired that he agreed to have a Jewish burial.

But there was one issue. He was estranged from his family and didn’t remember his parents’ Jewish names.

In Judaism, being buried in a traditional manner is absolutely critical and part of that is the Kel Maleh Rachamim and kaddish prayers which are said with the deceased’s name and father’s name.

And so on Thursday evening, Rabbi Grossman asked DDF for help tracking down his parents’ Jewish names to have at the funeral on Friday afternoon.

Goldstein is an awfully common Jewish name, but the DDF magic got to work with many members doing research and coming up with cemeteries where the parents were buried.

One DDF moderator pinged his brother-in-law Nachy Schechter in Philadelphia, who on Friday morning went to the cemetery which seemed most likely to be the location of the parents. Unfortunately, the markers in the cemetery were in total disarray, and even with the help of the caretaker he was unable to find the graves.

Meanwhile on DDF, members were still hard at work. Eventually, with Rabbi Grossman’s help, they were able to track down the exact location of the parents’ final resting place. On Friday afternoon, one member headed to Roosevelt cemetery and found Jay’s parents’ headstones with their Hebrew names, Raizel and Shalom.  He posted them to DDF at 2:59 pm ET, with less than an hour to go before the funeral in North Dakota!

What an incredible zechus for everyone who helped!

And as one member so eloquently pointed out, Schar Mitzvah Mitzvah, the reward of a Mitzvah is another Mitzvah! Keep the chain going. Chabad Shluchim in far-flung locations have immense challenges and small contributions can make a big difference. I was happy to make a donation before Shabbos in honor of everyone’s amazing work to Chabad of North Dakota and I hope you’ll consider doing the same as well.

It’s also pretty incredible to think about what can happen from a post about a Siddur!

May Reb Yaakov ben Shalom’s neshama have an aliya!

The story was slightly modified to remove personal details.