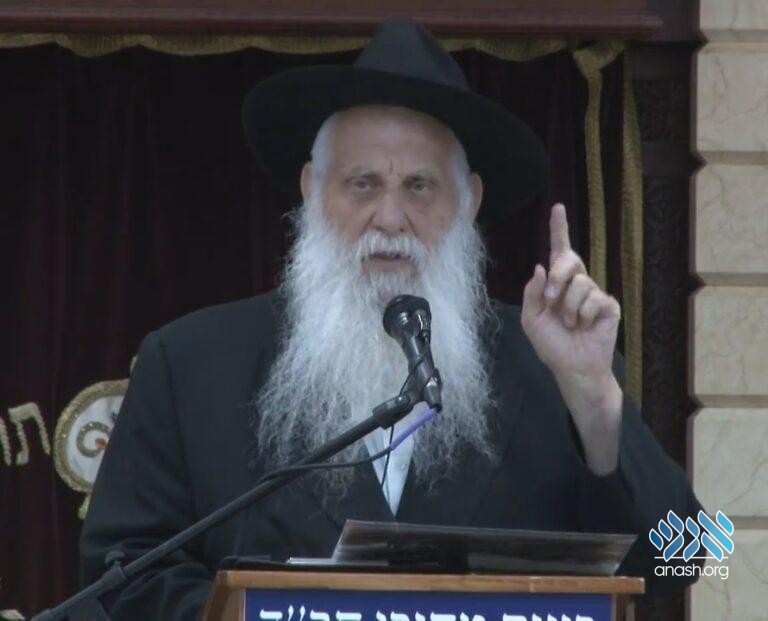 Article by Rabbi Shimon Raichik: The difference between the menorah in the Beis Hamikdash and the Chanukah menorah, and the lesson it teaches in how to deal with the slippery slope of Western culture.

This week is Chanukah. The Rebbe has many Sichos which discuss the meaning and message of Chanukah (For example volume 4 of Likutei Sichos).  On Chanukah we light the menorah which represents the menorah that was lit in the Beis HaMikdash. Inside the Beis HaMikdash the menorah had seven candles but on Chanukah we light a menorah of eight candles. The reason given is that it took eight days to replace the oil defiled by the Greeks with pure oil. Since everything that happens is by Divine providence, certainly there is a reason for the miracle lasting specifically 8 days . It could have taken less time or more so what do these eight days represent?

By explaining the hebrew name of the Greeks, Yavan according to Chassidus, the Rebbe explains the essential  difference between Greek culture and the Torah. Yavan is spelled yud, vav, nun. The yud represents wisdom. There are two types of wisdom, the wisdom of the Torah and Holiness, and secular wisdom, ‘chochmas chitzonis’.

He lifted me out of the miry pit, the slimy clay, and set my feet on a rock, steadied my legs.

The Metzudas David writes that when one stands in the slimy clay they begin to sink into it.

Chassidus explains that the ‘slimy clay’, the clay of Yavan, refers to Greek culture. Under normal and healthy circumstances when a Jew gives into a momentary animalistic desire,  it’s like tripping and then hitting the ground.  The shock of hitting the ground  wakes him or her up to realize the mistake and then to do teshuva.  It starts with an intellectual recognition of how he should have acted followed by emotions of teshuva and then turned into corrective actions of good (teshuva and maasim tovim). The Greek model, the example of slimy clay, is different.  The intellectual capacities represented in the first letter in the name Yavan, the yud of Yavan are used to rationalize the passions, desires and lusts of the animal soul. From there it goes to the second letter of Yavan, the vav  which represents the emotions. These rationalized emotions mean that a person is free to chase after whatever his or her heart desires without any restraint. From there it continues on to the third letter of the name Yavan, the long nun  which represents actions that go below the line of acceptable. When the unacceptable behavior is clear and obvious, instead of regretting the mistakes and correcting the misdeeds, everything is rationalized as acceptable and no changes are made.  This is how one sinks into the slimy clay and how one is drawn deeper and deeper into the muddy impurity.

The super-rational approach of the service of Hashem, the life of Holiness and Purity that the Torah and Judaism represents completely up-end  this approach to life. It gets underneath the skin and irritates the Greek mindset. Then it becomes the obsession of the Greek to defile and to eradicate the spirituality of  the Torah and the Jewish people.

The Greeks waged their war against the Torah and the Jewish people by outlawing the practice of Bris Milah,  the Covenant of the Eighth Day, a covenant between Hashem and a Jew in a physical body beyond nature. They mandated the desecration of the Shabbos which recognizes Hashem as the Creator which is beyond nature. As mentioned above they didn’t try to destroy the Jewish people physically rather to contaminate their Holiness and purity that is beyond intellect and therefore contaminated the oil.

To fight back against the Greeks and the slimy clay of their culture required self sacrifice, mesirus nefesh,  something that transcends intellect and  nature.  This is why the Chanukah lights are lit once it  starts to become dark. This represents to us that even when we’re not in a place where we see the light and warmth of holiness we still need to persevere. We need to bring the light of Hashem into the darkness, outside into the world to show Hashem’s unity throughout all of creation, even in the dark places. This kedusha  permeates through the intellect the emotions and all of our actions and shines into the streets.

Today we live under the influence of Greek culture in Western countries. In today’s culture everything is rationalized and then all is allowed. We are free to use our own logic to rationalize anything we want and it is honored. All lifestyles are embraced no matter what negative impact they bring upon society. The life of a chicken can supersede the value of a child. Partial birth abortions are legalized. If you steal less than $1000 you don’t have to go to jail. This didn’t happen overnight. It’s like a slimy clay that little by little we sunk into. When these things began no one thought that it would go so far. For example with abortions, no one thought that it would lead to partial birth abortions but it’s a slippery slope. So too with many other things in Western culture. The secular physical wisdoms of the world have no place for Hashem. Once we bow to nature as the supreme and only power everything falls apart and we sink further and further into the slimy clay. The neshama  of each and every Jew knows that we need to fight this darkness with self sacrifice. This is the true meaning and message of Chanukah.

On Chanukah we light up our surroundings, even during lockdown.  We explain to ourselves and to our children the miracle and the message of Chanukah. We celebrate the candle of mitzvos and the light of the Torah. Let us merit to see the lighting of the menorah in the Third Beis HaMikdash together with Moshiach.

A Good Shabbos, a Freilichen Chanukah