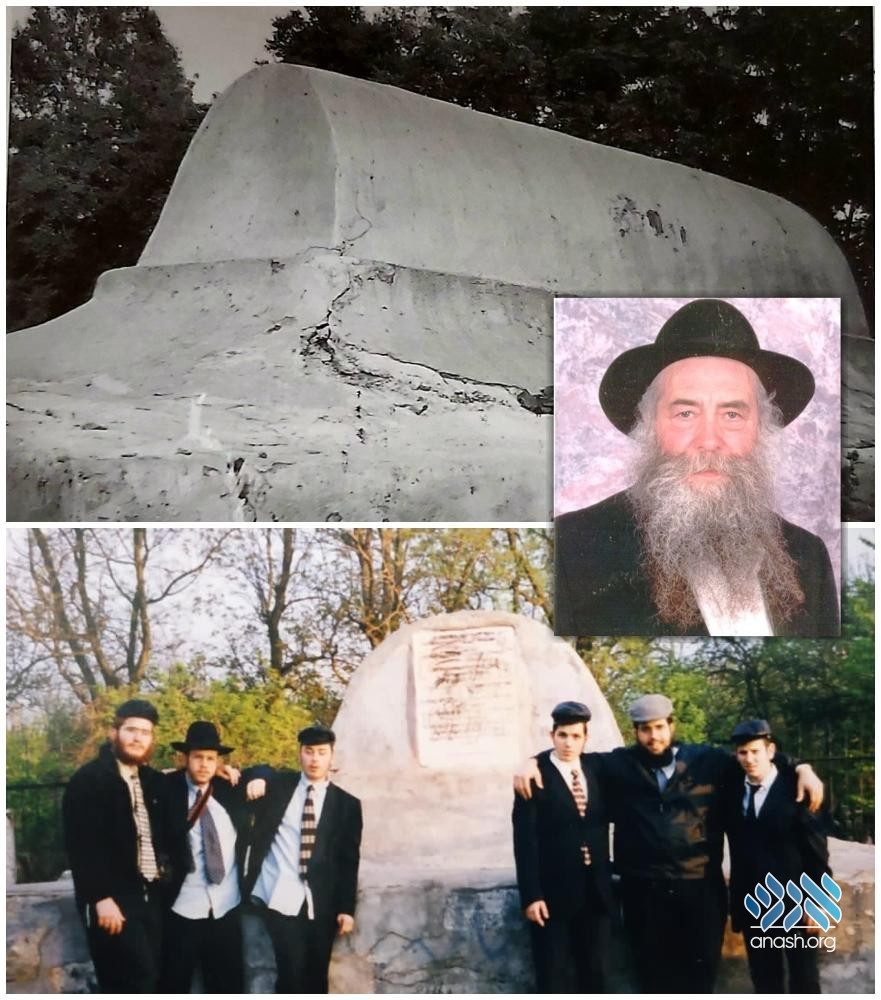 The spot marking the burial spot of the Ruzhiner Rebbe, whose yahrzeit is today, and his sons, is covered by a massive cement marker. Where did it come from, and how did a Lubavitcher Chossid save the kever from being desecrated?

Any visitor to the Ohel of the Ruzhiner Rebbe and his sons in the town of Sadhora, Ukraine, will immediately notice the huge cement marker covering the kevorim. What is less known is the story of how that marker came to be, and how the kevorim were saved from destruction.

The story began during the early years of the Soviet rule in Russia. The persecution of Yiddishkeit was at its zenith, shuls across the USSR were being transformed into nightclubs and warehouses, and Jewish cemeteries were being razed or built over.

In Soviet Ukraine, Reb Mottel Kozliner, who later became famous for his activities spreading Torah in the USSR, realize that there was an issue at hand. In the cemetery of town of Sadhora, there lay the kevorim of the Ruzhiner Rebbe and his sons, and there was good chance the Soviets would attempt to destroy the cemetery with those graves as well.

To pre-emptively ruin those plans, Reb Mottel decided that he would acquire a large amount of cement and pour it on top of the kevorim, making the task of desecrating them nearly impossible.

Sounds simple? Under Soviet rule, one needed a reason to buy an extra loaf of bread. To buy a huge amount of concrete for religious purposed was simply unheard of.

Nevertheless, Reb Mottel, at great personal risk, managed to acquire the cement. He brought it to the cemetery, and as he would later relate, built the large marker “with his own two hands.”

Reb Mottel’s plan indeed succeeded, and the kevorim remained untouched for all the decades of Soviet rule, even as countless other holy sites were destroyed, built over, or made into parks and playing fields.

Not satisfied with simply protecting the kever, every year, as the yahrzeit of the Ruzhiner Rebbe would approach, Reb Mottel would travel to Sadhora to daven at the kever of the head of the Ruzhiner dynasty, an act that could have had him sent to Siberia.

Years later, after he left the Soviet Union, one of Reb Mottel’s grandchildren married a granddaughter of the Ruzhiner Rebbe. When hearing of the shidduch, Reb Mottel was overjoyed, saying that the Ruzhiner “paid him back” for protecting his resting place by “agreeing to be his mechutan.”

In recent years, Sadigora Chassidim rebuilt the Ohel over the kevorim and refurbished the area. Nevertheless, the large marker, built with true messiras nefesh, remains in its place to this day.