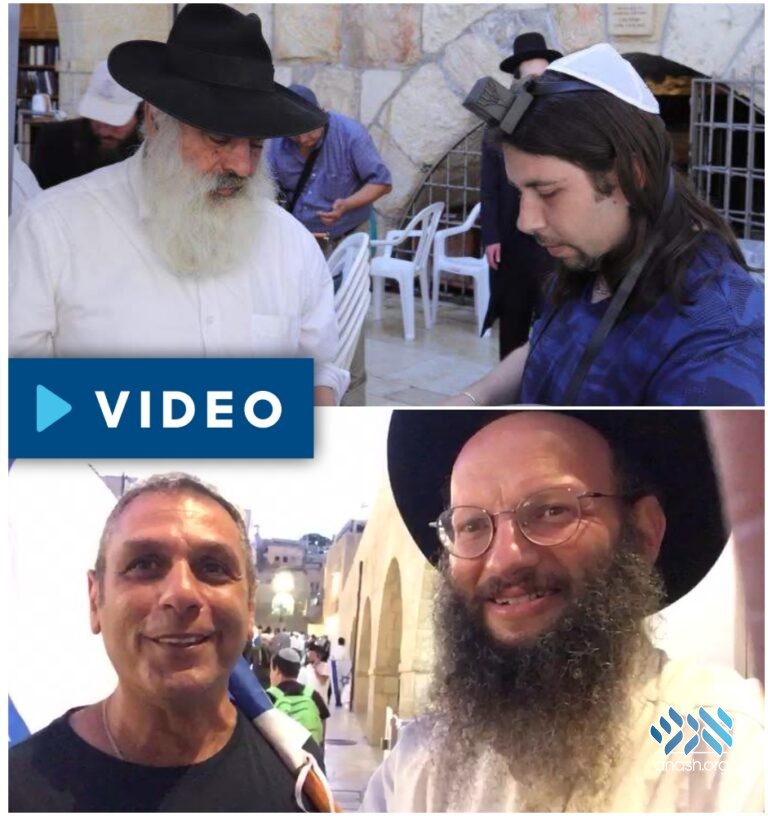 Receiving a negative answer on mivtzoim can be disheartening and even discouraging. But a recent story related by the tefillin booth at the Kossel shows the impact one can create simply by posing the question…

By Ashira Weiss for Anash.org

It’s been quiet for a long time at the Chabad tefillin stand at the Kotel in Yerushalayim. First COVID lockdowns, then travel restrictions kept people away, and when the country was beginning to open up again, unrest in and around the Old City made people fearful to visit. But yesterday the Kotel plaza was again bustling with people due to a parade.

Rabbi Shmuli Weiss, Shliach at the Kotel, was busy at the tefillin stand. He is used to getting all kinds of responses when he asks people “Hinachta tefillin hayom?” (Did you put on tefillin today?) as they pass by on their way to and from the Kotel. So when he asked a man the familiar question and was told, “I already put on tefillin in the morning,” he expected that to be the end of the conversation. But the man had more to share.

“Around ten years ago, one of your chèvra asked me if I had put on tefillin and I lied, I told him I had put tefillin on in the morning,” the man said.

“I got home and I had a really bad feeling,” he continued, explaining his thought process. “Here’s a guy who gave his own time to stand outside, he was sweating in the heat of the sun; and I lied to him. I felt so bad that from that day on I have put tefillin on every single morning,” the man finished, saying, “If that guy from ten years ago only knew the result of his question!”