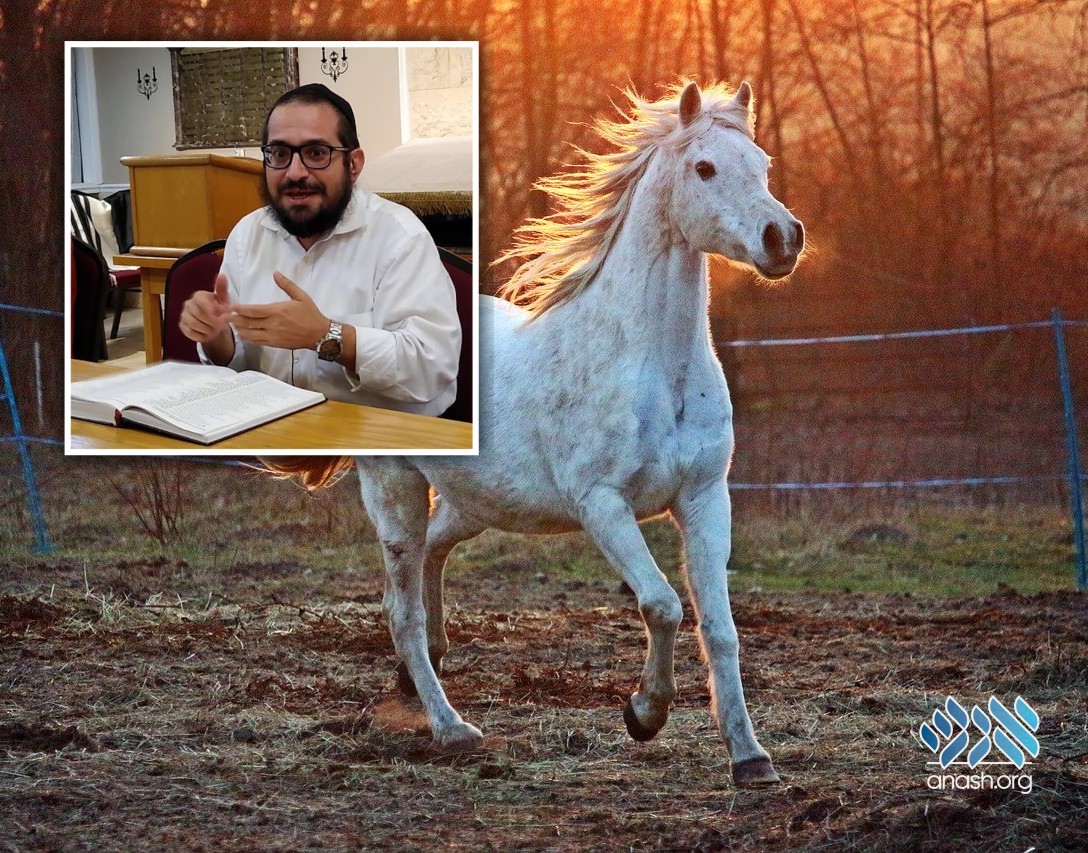 When Florida Shliach Rabbi Avrohom Brashevitzky read a story of the Baal Shem Tov one Motzei Shabbos, he found it interesting but didn’t think much into it, until two occurrences made the story hit home…

This is the time of the year when we are conscientious about our transgressions and we do everything possible to secure Hashem’s forgiveness. Of course, as is well known, that any sin committed against fellow man must be resolved by securing the individual’s forgiveness. Typically, it is the perpetrator who has the obligation to seek out the victim and beg forgiveness.

In the following story I wish to introduce another angle:

There is a famous Chasidic adage that telling stories of the Holy Bal Shem Tov on Motzei Shabbos is a Segula for Parnassa. The story goes that Chassidim once asked The Tzemach Tzedek, the third Lubavitcher Rebbe if this is indeed the case.

The Rebbe replied that in general, it is true. However, he added three corrections: “1) Not necessarily does it need be on Motzei Shabbos, rather any time. 2) Not only about The Bal Shem Tov, rather any Holy Tzaddik. 3) Not only is it a Segula for Parnasa, rather for anything one may need”.

Of course, The Tzemah Tzedek was not discouraging the practice of telling stories specifically about The BeShT on Motzei Shabbos.

Personally, I make it a point to read several Chassidic Tales every Motzei Shabbos at Melave Malka. Recently, I purchased the reprint of the original Shivchei HaBal Shem Tov (which contains original, amazing stories about The Holy BeShT and The Rebbe mentioned that it is rumored amongst Chassidim that the author confirmed many of the stories with The Alter Rebbe). I have been reading several stories from this amazing book every Motzei Shabbos ever since. Since I have a quirk of opening a new book from the middle rather than start from the very beginning, on the first week I opened randomly to story number 192.

In short, this is a story about a person who owed someone money which was unfortunately not repaid before his passing. The Neshama sadly ended up as a gilgul in a horse, which ended up being owned by the debtor to whom the money was owed. This horse was an amazing worker, although small and petit, it outworked all the bigger and stronger horses in the stable.

One day The BeShT showed up at this man’s house and asked to be shown around. After seeing this horse in the stable and hearing its praises from the owner, he asked to talk with him in his study. There The BeShT inquired about his businesses and financials.

One thing led to another, and the man was showing The BeShT all his I-O-U’s . The Bal Shem Tov stopped at one with a rather large sum and asked the man how come he’s not collecting it? The man explained that the Yid who owes him the money had Nebach died and therefore the document isn’t even worth the paper it is written on.

The BeShT asked the man “since you will anyways never see your money, would you be willing to forgive the loan so the Neshama can have peace in Shomayim?” The man agreed wholeheartedly, and very soon The BeShT was ready to continue his travels.

When they entered the stable to harness the horses, the man let out a loud cry; the horse was lying dead on the stable floor. The Bal Shem Tov turned to him and explained “this horse was a Gilgul of the person who owed you the money, one way or another one must pay one’s debts. He was sent down here to repay you, which explains why he was working so hard. Even so, the amount he owed you would have taken years for him to fully repay”.

The BeShT explained that the moment he forgave the loan, the Neshama was now free to go to where it really belongs and was done with its suffering.

The Monday after I (randomly) read this story, I was in a friend’s office. Every day of the week I have various “customers” which I visit for a Torah Class. Monday is Eli’s day, and as Baruch Hashem things were slowly starting to reopen, I was delighted to see Eli and his son Avi in person.

As I sat down in my regular place, I noticed what looked like a cigar humidor. “Eli, I didn’t know that you are into cigars! Wow, all this time I know you… I would have never guessed that you smoke cigars”!

“Rabbi, it’s not a cigar humidor, it is a fancy pen case / display”. Eli went on to tell me all about his interest in pens and his collection of (not necessarily expensive, rather) interesting and exciting pens. Due to Covid Virus he had some more time at home and after cleaning his study he decided to bring the pen case to the office.

Eli is one of the sweetest Jews I have ever met. Sincere and full of Emunah with a strong belief in Tzadikim. Although he knows many Rabbis and is Sephardic, yet he considers me to be his main Rabbi/friend. We have become close over the years. Eli will discuss matters with me and ask me questions which he would not ask other Rabbis. Eli had an interesting question for me regarding a pen.

He related how many years ago when he was working for a big electronics company (he’s been in this business forever), he had a rich non-Jewish client from South America who was once visiting for business. As he sat in my office, I noticed a very expensive pen with his initials engraved on the top. I vocally admired the pen and he was pleased that I took notice. He let me use the pen and I found it to write extraordinarily well. Perhaps the look on my face and the fact that he just did very well in business, convinced him to gift it to me. It became my favorite pen and never left my desk.

One day of my many Jewish clients was in my office. He was a very well to do guy who annually purchased several million dollars’ worth of merchandise from the company. As he needed to sign some documents, I handed him the pen. He used it then gave it back. I put it down on my desk.

At that moment the phone rang, and I was called to my boss’s office. When I returned, I immediately noticed that the pen was gone. Of course, I had extraordinarily strong suspicion… as there was no one else in my office. I immediately asked a co-worker to make a ruse and distract the man, while I checked his bag. Sure enough, the pen was there on the bottom of his attaché case. I was totally dumbfounded and just left it there.

Eli explained that he never forgot about this lost pen and how bewildered he was by the fact that the guy took it. Although he was pretty rich and more than able to afford to buy one on his own, yet he obviously was overwhelmed by temptation and took the pen. He also explained that the man was no longer alive. “Rabbi, what do you think, did I do the right thing?”

Right then I realized why I read the above story on that Motzei Shabbos!

I proceeded to relate the entire Baal Shem Tov story followed by an explanation of temptation and impulse. I explained how sometimes the Yetzer Hara gets us in our weakest moments, to do irrational things. We also spoke about the concept of Din Perutah K’din Mei’ah (one Perutah has the same value as a hundred) in regard to responsibility and honesty. Then I proceeded to encourage Eli to verbally forgive this person and allow his Neshama to find its rest. Eli was more than happy to oblige and proceeded to speak in praise of this man who was otherwise a genuinely nice guy.

As a Shliach in the field I am always in the business of helping fellow Neshamas. I even must do funerals from time to time, affording honor to the deceased. Never however, did I have a chance to help a Neshama which was long dead. It felt so good to help another Yid, even though I will not get to meet him until the coming of Moshiach!

As good as it felt, yet, I didn’t have any intention to write it down and publicize it. However, that changed three weeks ago when I was learning (over the phone, as we do every week) with my lifelong friend. We were preparing something for him to repeat at his son’s Bar Mitzvah. We learned about birth vs, the day of passing; why we celebrate birth or Bar Mitzva – before we even know how the person will turn out to be.

Somehow, he began to tell me about a friend of his, who owns some properties and had a tenant who owed him a lot of back rent and had just died. He told me how the guy is so upset and cannot get over the fact that the money is practically lost and he will never see it again.

“Levi, do I have a story for you… it just happened to me last week…” I told him the whole story and implored him to forward a copy of the Baal Shem Tov story to his friend and beg him to be Moichel this Neshama so it doesn’t need to suffer, in order to pay back what it owes – but can no longer do so. Levi promised to forward the story and its explanation to his friend.

Hopefully, we helped another Neshama.

This year take a moment to think of someone who has wronged you, yet is no longer around to be able to apologize. Forgive this person, let their Neshama free. I can assure you, based on the Tanya of this past Shabbos, that this will serve as a wonderful merit for you and yours on Rosh Hashana and Yom Kippur (and all times!).