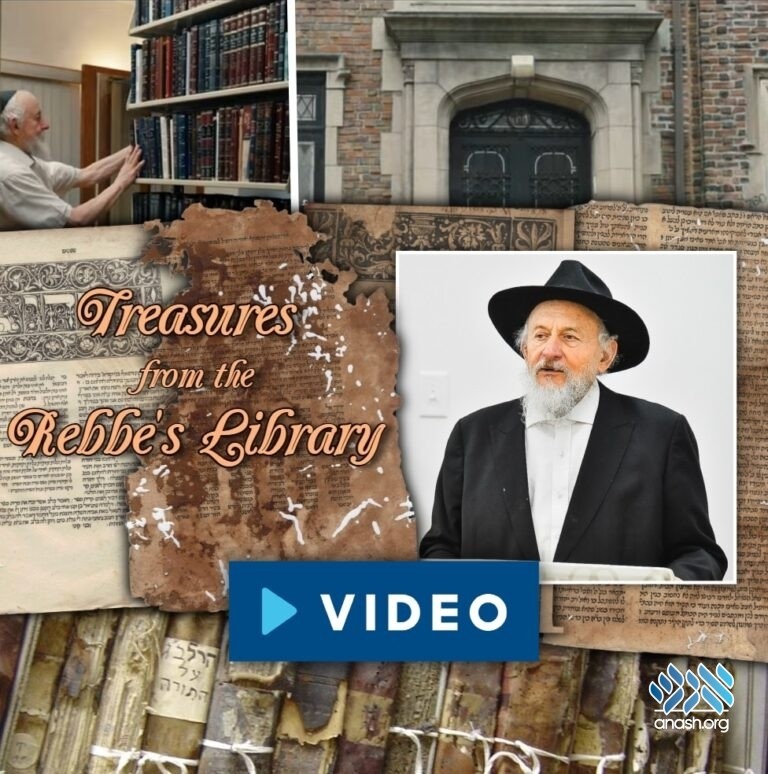 Not a single complete copy of the first print of the Talmud is known to be in existence, yet the Rebbe’s library owns 17 folios from that set. Here’s how it came to own them, and the remarkable story of their discovery.

Thousands of priceless treasures lie on the shelves and safes of the Central Chabad Library, right next door to 770. The average chossid, however, won’t have the chance to see the most precious of them. Until now, that is.

The second episode showcases the first-ever print of the Gemara, the world’s rarest Talmud, and how 17 folios came to be in possession of the Rebbe’s library.

The first edition of the Talmud was printed in Guadalajara, Spain, from 1482 and onwards. It was printed by the press of Solomon ben Moses ha-Levi ibn Alkabez, which was at the time a Hebrew press of distinction.

The tractates published by this press contained the text of the Talmud and Rashi’s commentary, without Tosfos. The Guadalajara tractates are printed with the text in square letters and Rashi is printed in a cursive Sephardic script.

Ten years later, in 1492, the expulsion of the Jews from Spain occurred, and along with it came a mass burning of Hebrew books. As a result, not even one complete set of this remarkable Talmud remains in existence, with only small fragments, or at most a number of pages, to be found in select libraries. On public auctions, a single folio from this Talmud can sell for upwards of $5,000.

The Rebbe’s library owns seventeen folios from this Talmud. In his lecture, Chief Librarian Rabbi Berel Levine explains how the library came to be in possession of these folios, and the remarkable story of their discovery.