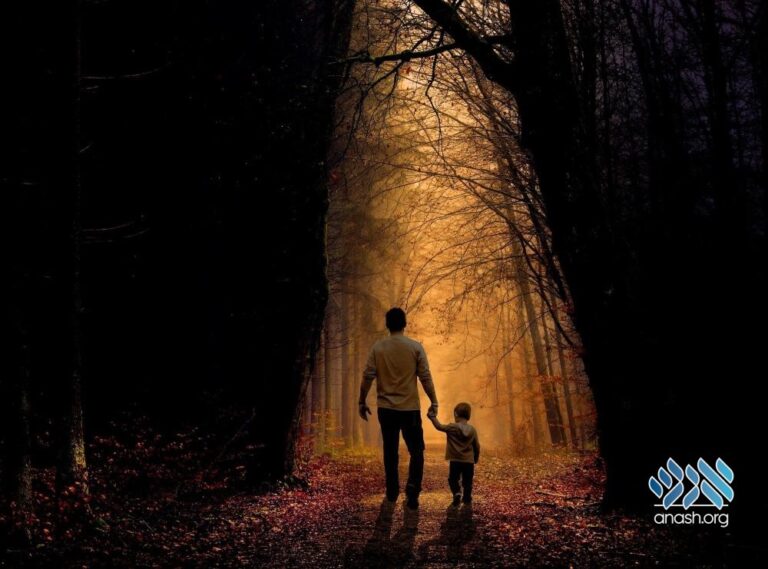 The Torah equates honoring one’s parents with honoring Hashem. The parallel is not merely hyperbole, but actually expresses itself across Halacha. Rabbi Aryeh Citron explains.

The Torah portion of Yitro tells the story of the giving of the Torah and the Ten Commandments, the fifth of which is the Mitzvah to honor one’s parents, as the Torah says (Exodus 20:12), “Honor your father and your mother in order that your days be lengthened on the land that the L-rd, your G-d, is giving you.”

The Torah equates honoring one’s parents with honoring G-d (Tanna Devei Eliyahu Rabbah 27:1), as it says (Malachi 1:6),  “‘A son should honor his father, and a slave his master. Now if I am a father, where is the honor due Me? And if I am a master, where is the reverence due Me?’ said the L-rd of Hosts…”

Here are excerpts from those parallels:

One should certainly take great care in honoring and fearing G-d.

So, too, the Jewish people must give “food and drink” to G-d by offering sacrifices and libations to G-d (see Sefer Chareidim 66:36). Nowadays one can offer “libations” to G-d by providing for the needs of Torah scholars (see Yoma 71a).

The Tikunei Zohar (Tikun 21 pg. 55a) says that we provide “delicacies” to G-d by fulfilling the positive mitzvot and must make sure not to “feed” Him “bitter food” by transgressing the negative commandments.

In addition we “clothe G-d” (i.e., bring Him honor) by singing His praises and praying to him (Zohar, quoted in Sefer Chareidim ibid).

So, too, one should serve G-d with more enthusiasm and joy than he experiences when involved in earthly pursuits and pleasures, as the verse says (Deut. 28:47), “Because you did not serve the L-rd, your G-d, with happiness and with gladness of heart when you had an abundance of everything.” According to the Arizal (see Tanya chapter 26), this verse means that one’s happiness and joy when serving G-d should be greater than all the joy one has in worldly matters.

So, too, can one earn a portion in the World to Come (in certain rare cases) by sinning — if the sin is done for G-d’s sake — in order to prevent a greater sin (see Nazir 23b).

An example of this was Aharon HaKohen who made a golden calf in order to prevent the Jewish people from killing a Kohen and Prophet (i.e., himself). As a reward for this, he was chosen by G-d along with his descendants to atone for the Jewish people by serving as Kohanim in the Mishkan and Beit HaMikdash (Vayikra Rabbah 10:3). Similarly, the Talmud says (Eiruvin 32b), “It is preferable for a Torah scholar that he commit a minor transgression in order to prevent an unlearned person from committing a major transgression.” [This is a complex matter. One should discuss any such issues with a halachic expert before proceeding.]

In the same way, one must take time off from work to pray with a minyan three times a day and have fixed times for Torah study every morning and evening.

So, too, when we pray to G-d for assistance, we should ask that He assist us for His own sake rather than because we deserve it. This is how Moshe Rabeinu behaved when he beseeched that G-d grant him a “gift” (to enter the Holy land) although he deserved to be answered on his own merit (see Midrash Tanchuma on Deut. 3:23). This is one of G-d’s traits — that he is charitable even to those who are not in need.

Similarly, we should not pray for our personal needs because this will make our lives easier. Rather we should ask that G-d fulfill our needs so that we can serve Him in the best possible way. Even if one prays for a reward in the Next World, he should do so for G-d’s sake by saying, “G-d, I know You desire to do kindness to Your creatures. Please fulfill Your desire to be kind by blessing me with Eternal life.”

Specifically, we stand for the following mitzvot:

In the same way, if G-d brings suffering upon a person, he should not speak angrily to G-d. Rather he should accept G-d’s will with joy and believe that, in a way that only G-d understands, it is for a greater good. The only reason he should be upset is because G-d Himself is not happy when He brings suffering to His children. As such, one should pray to be freed from suffering so that G-d should not suffer.

May we merit to honor the Almighty G-d as well as our parents!