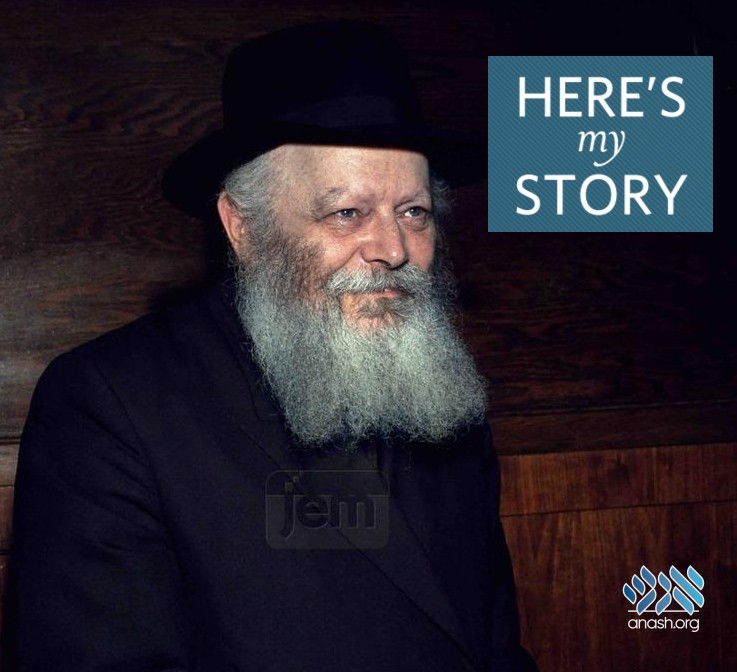 When Mrs. Shoshana Gittel Meer got engaged, she was concerned, as her in-laws were not very observant: How would she get along with them? In her pre-wedding yechidus, she posed her question to the Rebbe.

Mrs. Shoshana Gittel Meer is a retired teacher who is presently involved in Jewish outreach and studying Torah together with individuals. She was interviewed by by JEM’s Here’s My Story in Oak Park, Michigan, in September of 2021.

When I got engaged in 1971, I was very concerned. I was head over heels for my husband, who had recently become religious and was very dedicated to Torah study. Reuven was everything I wanted, and I would have followed him anywhere.

But I knew that while my whole family was Orthodox, my in-laws in Detroit were Conservative and not very observant. I was a graduate of Bais Yaakov, a religious girls’ school, and hadn’t been around many secular people. Now I was hoping to build a traditional Jewish home, and felt frightened and worried that this could lead to tension between us. I wanted to be welcoming to my mother-in-law and it was important to me to have a close relationship with her, but I also came with my dukes up: “What happens when she starts questioning the way we choose to do things?” I thought to myself. “I want to be the one who decides what goes on in my home!”

So, when my husband and I had the opportunity to meet privately with the Rebbe before our wedding, this was the main issue I wanted to speak with him about.

Before we went, my husband’s friend from yeshiva kept telling us about the Rebbe’s greatness. I was nervous to go in as it was, but the things he was saying seemed over the top.

“Why are you saying that there’s no one like the Rebbe?” I protested to my husband’s friend. “I’ve corresponded with the Rebbe, I have tremendous respect for the Rebbe, and my family is involved with Lubavitch. But there are many great Jewish leaders and sages.”

It’s a little embarrassing to admit it, but I went into the room with a bit of a chip on my shoulder. In my mind, I was like, “Boy, people sure are saying great things about this person — but let me see for myself.”

When we finally went in, the Rebbe was very respectful. He asked us to sit down, and we did. Only later did I learn that a good chossid doesn’t sit down in the Rebbe’s presence.

The thing that stands out most in my memory was something that I had never experienced before in my life. I’m not a very calm person but, despite all the reservations I had come in with, when I went into that room, a calm went over me. The peace I felt in the Rebbe’s office was remarkable. The Rebbe was very attentive. He smiled and made me feel like he had nothing else to do besides speak with us.

We talked about our upcoming marriage, but my husband treated the Rebbe with such respect that he barely said anything at all. I began to feel that the meeting was coming to a close, and the whole purpose of my visit was not going to happen.

So, I found some courage and spoke up, “Excuse me Rebbe, can I ask something?”

“By all means,” he replied.

“Do you have any advice for me?” I tried to explain what I was so concerned about, and started to ask him about my new marriage into this family that was so different than mine, and about having a mother-in-law that was a Conservative Jew.

I don’t remember the exact words, but at that point, the Rebbe started saying something about keeping kosher, implying that this could be a challenge while visiting my in-laws.

But I wasn’t concerned about that. My in-laws really are wonderful people, so although they were unfamiliar with many of the details of kosher, they were respectful of our choices. When I went to Detroit for the bridal shower, they made sure to get a kosher caterer, and they ate off of paper plates. My mother-in-law learned about what products were kosher, made sure to buy things with an “OU” kosher symbol on it, and was very accommodating. So everything was fine in that regard.

“Oh, no,” I exclaimed, kind of interrupting the Rebbe. “kosher is not going to be a problem.” I wanted to hear about the other issues that will come up. What do I say to make clear that I want to maintain a traditional Jewish home? And how do I stand my ground without alienating her?

The Rebbe looked at me like you might look at a small child who’s smart, but still needs to learn a whole lot about the world. And then he said something that changed my whole perspective: “Maybe when you’re a mother – and maybe not even then — you will understand what it’s like not to be able to feed your own child.”

Now, the Rebbe was a righteous person and a Torah scholar, but he also understood exactly the kind of person that I was. He was asking me: “Why are you looking at your mother-in-law like she’s the enemy? She also loves the man you’re marrying; he’s her son. Try to look at it from her point of view.”

Putting it that way made me reexamine the stance I had taken towards my mother-in-law. Rather than being combative, I worked to understand the other side of things; to see where she was coming from. Later on, we lived near them in Detroit and I always tried my best to be sensitive to her feelings. I discussed things with her, welcomed her in, and even when it was hard, we put ourselves out. We tried hard to make a good impression of Orthodox Jews, and always dressed the kids beautifully. Every Sunday she took us out to a kosher restaurant, and no matter what else was going on, we made sure never to cancel. And all this led to wonderful results for us. We had a great relationship and my mother-in-law became one of my best friends.

Later on, as our children were growing up, she remarked to me, “You know, your way has a lot of truth to it. A lot of my friends’ children don’t have principles or respect, but look at how your children are turning out. Maybe there is something to the Torah and your way of life.”

In time, they began to appreciate the beauty of Jewish observance, and became big supporters of various charitable organizations which were run by the Orthodox community in Detroit. We take some credit for that, and it was the Rebbe who helped us find the right frame of mind.

Now the advice that I give is that the next time you find yourself dealing with someone who does things differently than you do, or even disagrees with you, try not to be defensive. Work to understand where they’re coming from. Be open to them, and they will open up to you as well. And that goes for any person that you meet.