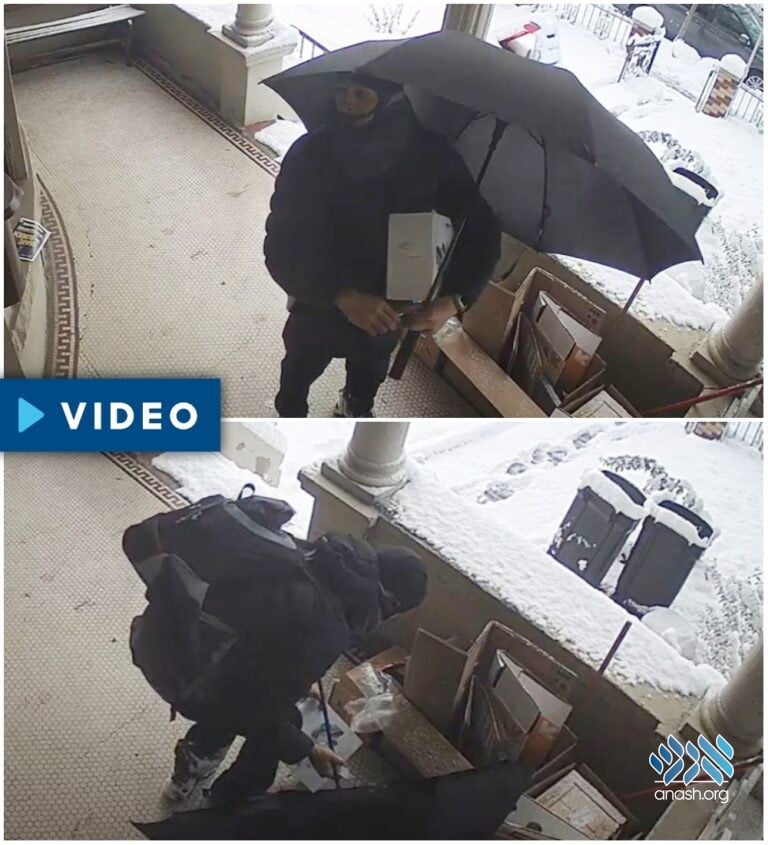 After a package was stolen from the front porch of a home in Crown Heights, the owners took action by filing a police report in an attempt to catch the thief and prevent further occurrences.

A group of Crown Heights homeowners have set out to stop a serial package thief who has been snatching boxes and packages from homes across the neighborhood.

In one recent occurrence, on Friday morning, the thief, an African American male, was caught on camera stealing a package from the front porch of a residential home in Crown Heights in broad daylight. Although mostly concealed by a large umbrella, he didn’t appear concerned as he stared into the security camera for a few seconds before making off with the goods.

The victim told Anash.org that the stolen item was quite an expensive one, and it had been placed in a slightly concealed area to prevent exactly such a theft. Nevertheless, the thief came up to the porch and quickly found the package to steal.

Other residents report the same individual nabbing packages and boxes of all sizes from homes across Crown Heights. After the number of such occurrences increased, a group decided to work to put an end to the thievery. With clear video footage of the culprit, the homeowners filed a police report in an attempt to catch the thief and prevent further occurrences.