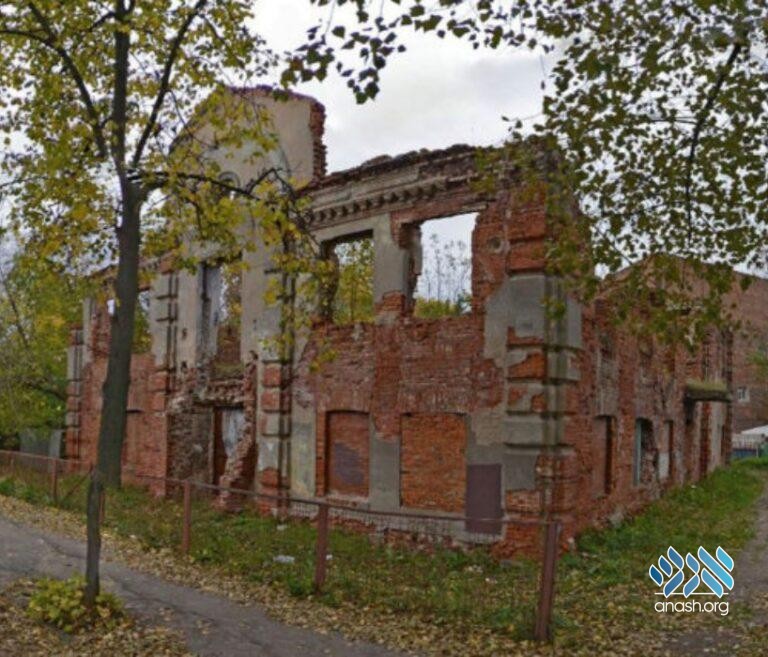 The shell of what used to be the ‘Great Lubavitch Synagogue’ in Vitebsk, Belarus, is being offered for sale for a nominal fee to anyone willing to restore the building.

The remains of the ‘Great Lubavitch Synagogue’ in Vitebsk, Belarus, is being offered for sale by the local municipality to anyone willing to restore the building.

For decades, Vitebsk was a stronghold of Chassidim, and a main center for Lubavitcher Chassidim. Home to Reb Menachem Mendel of Vitebsk, one of the primary students of the Mezritcher Maggid, the city acquired a place of prominence in Chassidic History. The Alter Rebbe also lived in Vitebsk for a number of years.

In its heyday, Vitebsk boasted more than 60 shuls, and half of the city’s 60,000 residents were Jewish. In the following decades, the vast majority of the shuls closed, and the Nazis ym”s murdered thousands of the city’s Jews.

The Great Lubavitch Shul is the only shul that survived until this day. It was built end of the 19th or at the beginning of the 20th centuries, and served as the shul for the local Lubavitcher Chassidim. After the Russian Revolution in 1917 the Soviets closed it and thousands of shuls across the USSR.

Before the Second World War, the building first housed an aeroclub, and then a woodworkers club. After the war, a pharmacy warehouse was set up in the former shul, and then the building was completely abandoned, and it gradually deteriorated and fell apart.

In recent years, the building reached an advance stage of disrepair, and currently only the walls of the former shul remain. In an effort to have the historic building preserved without paying the high fees a restoration would incur, the the municipality of Vitebsk is offering the building for sale for a nominal price.

The buildings new owners, whose remnant walls are listed as cultural monument, would need to preserve those walls and restore the 19th-century building’s architecture, though it does not need to serve as a shul.