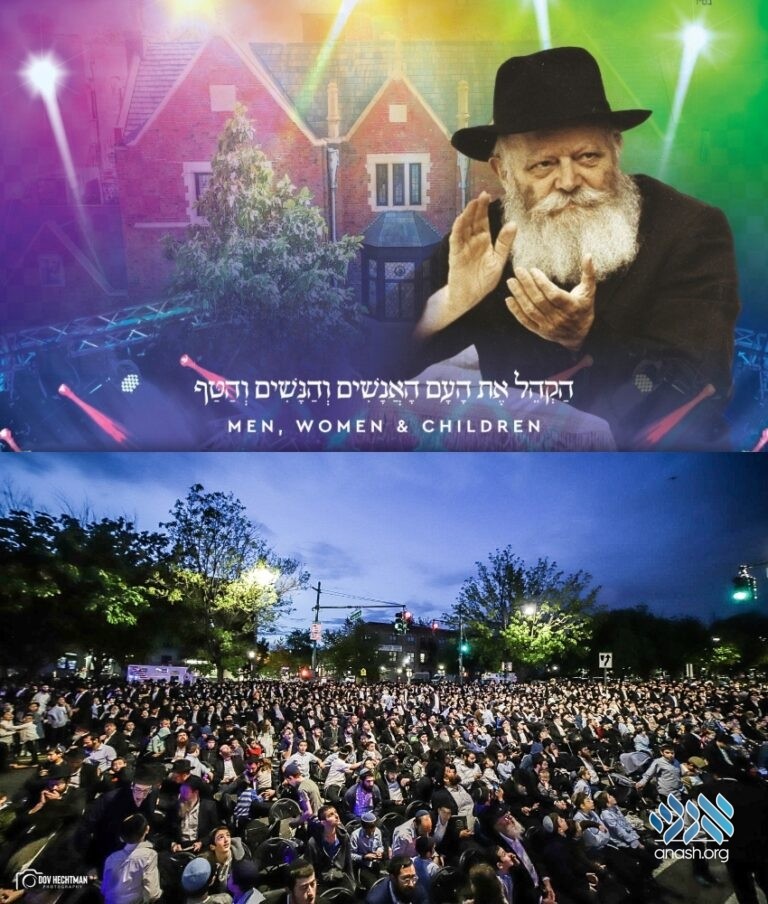 In Just one week, thousands of men, women and children, from Crown Heights and the greater Chabad community, will join together for the first Mega Hakhel of 5783. Major street closures are planned to accommodate the huge crowds.

In Just one week, thousands of men, women and children, from Crown Heights and the greater Chabad community, will join together for the first Mega Hakhel of 5783.

Organized by Tzivos Hashem, and in conjunction with Merkos L’inyonei Chinuch and the schools and Shuls of Crown Heights, This event is expected to draw thousands from across the Metropolitan area.

“There are many Mitzvos that were able to be done in the times of the Beis Hamikdash that we can no longer do today. Instead, through learning about those Mitzvos, we are able to fulfill them in some way.” Says Rabbi Shimmy Weinbaum, Director of Chayolei Tzivos Hashem, and one the Mega Hakhel organizers.

“The Mitzvah of Hakhel is unique in that, though we do not have the Beis Hamikdash, and cannot reenact how Hakhel was celebrated, we can still perform the Mitzvah almost in its entirety. By joining together, men, women and children, and increasing in our Yiras Shamayim, we are able to accomplish what the Yidden set out to do in the times of the Beis Hamikdash.”  Show up with your friends and family, and be a part of this Mitzvah, united together at this massive event.

The Mega Hakhel event will be taking place on Thursday, the 18th of Tishrei – October 13th, the second day of Chol Hamoed at 770 Eastern Parkway. To accommodate the large crowds expected for this event, Eastern Parkway will be closed off from New York to Troy Avenues.