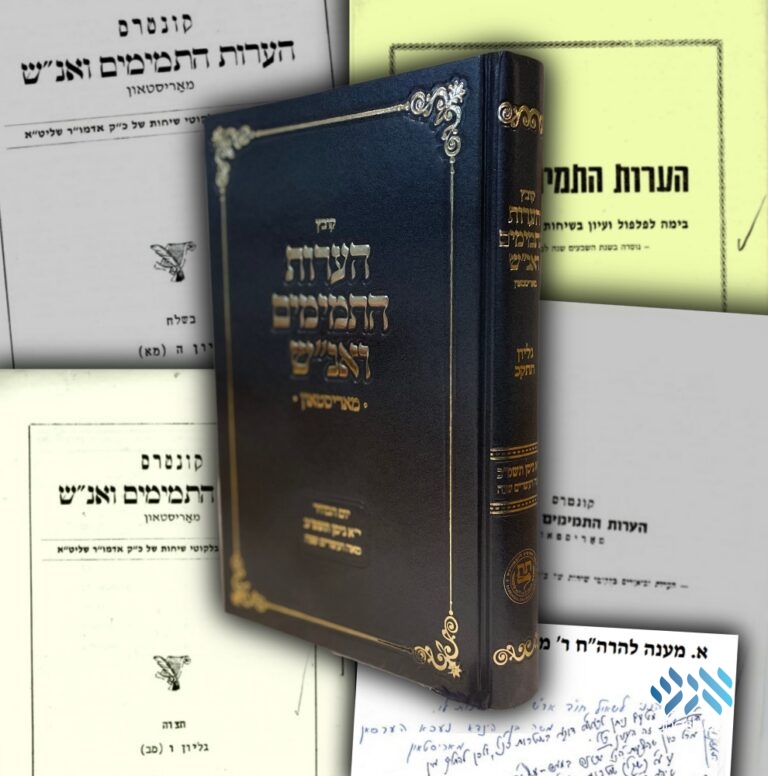 This year’s Yud-Alef Nissan Kovetz Haaros, published annually by students of Tomchei Temimim – Morristown was graced with a unique and timely addendum.

This year’s Yud-Alef Nissan Kovetz Haaros, published annually by students of Tomchei Temimim – Morristown was graced with a very unique and timely Hosafa.

In 5732, the Rebbe gave $71 to all those who pledged to establish one of the ’71 Mosdos’ the Rebbe requested on his 70th birthday that Yud Alef Nissan.

Rabbi Moshe Herson, Head Shliach to the state of New Jersey and dean of the Yeshiva in Morristown, was one of those who received these bills.

The late philanthropist Mr. David Chase, asked Rabbi Herson to give him these special bills, which he would then exchange with smaller bills to be used in various investments. In return, he would donate a large amount of the profits to the Yeshiva.

Unsure of how to proceed, Rabbi Herson wrote to the Rebbe asking for direction in the matter.

The Rebbe’s response, written in his holy handwriting and published in the Kovetz for the very first time, was as follows:

“The bills were distributed in this way for a reason, therefore it is not appropriate to exchange them. However, being that the abovementioned suggestion is very fitting, enclosed are 71 (dollar) bills, and may all this be with great success and may the merit of the public assist them.”

In addition, the covers of four Kovtzei Haaros published in the 5730s were also printed in the Kovetz, for the very first time.

On each of them the Rebbe drew a check ✔- a mark of approval.

In the top left corner of one of them, one may notice a small tear – a mark the Rebbe would usually make on documents he took with Him to the Ohel.

For questions and comments, or to submit a Ha’ara, contact Ha’aros Hatmimim V’Anash of Morristown at: [email protected]