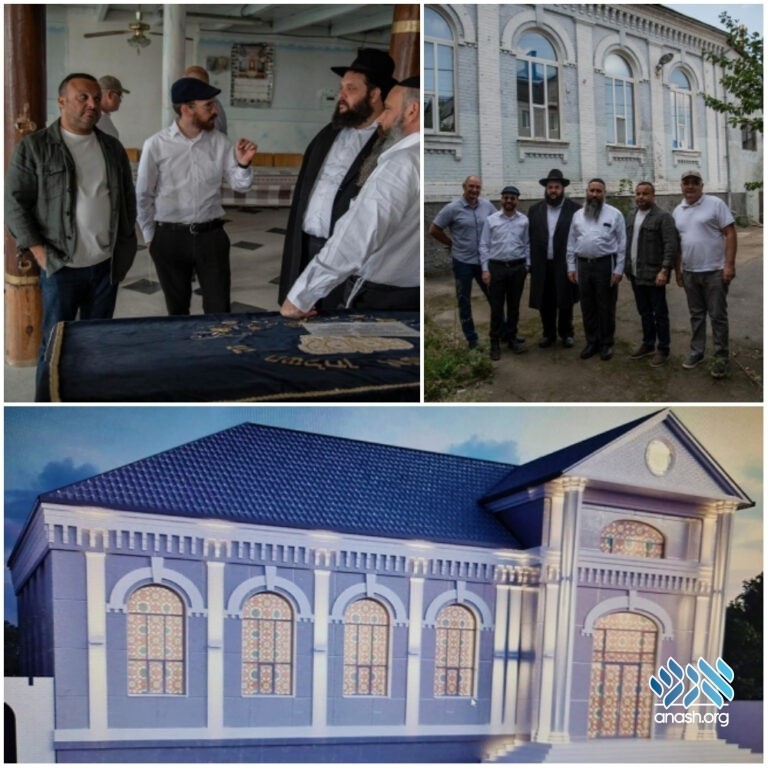 For decades, the historic Shul of Berditchev served as a thriving center of Jewish life in the famous Ukrainian shtetl. Now, 80 years later, the Shul will be renovated and returned to its previous glory.

The Jewish shtetl of Berditchev, famous for its prominent Chief Rabbi, Reb Levi Yitzchak of righteous memory, was populated by tens of thousands of Jews for hundreds of years. Among its many shuls, the ‘Tailor and Shoemaker Synagogue’ was one of the few that stayed active nearly all times, even during the communist era when religious activity was declared illegal.

Recently, an unrepairable leak appeared on the roof of the 150-year-old shul, the overall safety of the building deteriorated, and the heating system became dysfunctional. Local engineers, after inspecting the building, informed the city’s Rabbi, Moshe Thaler, that the shul must be closed in order not to endanger the congregants.

In parallel, an American Jew who learned about the recent developments pledged to cover most of the reconstruction costs, encouraging the community to utilize the current situation to speed up the renovation efforts. Additional support and logistic assistance have been provided by the Federation of Jewish Communities of Ukraine which is assisting the community in advancing the project.

“This was one of the country’s most beautiful synagogues,” says Rabbi Moshe Thaler. “Now the building will not only be renovated but also expanded, totaling 600 square meters that will serve both the community members and many tourists. The historic motifs will be preserved, and a new women’s section will be built, as well as a mikvah, dining room, and kitchen. We pray that peace will soon prevail and all are invited to visit this exceptional synagogue.”