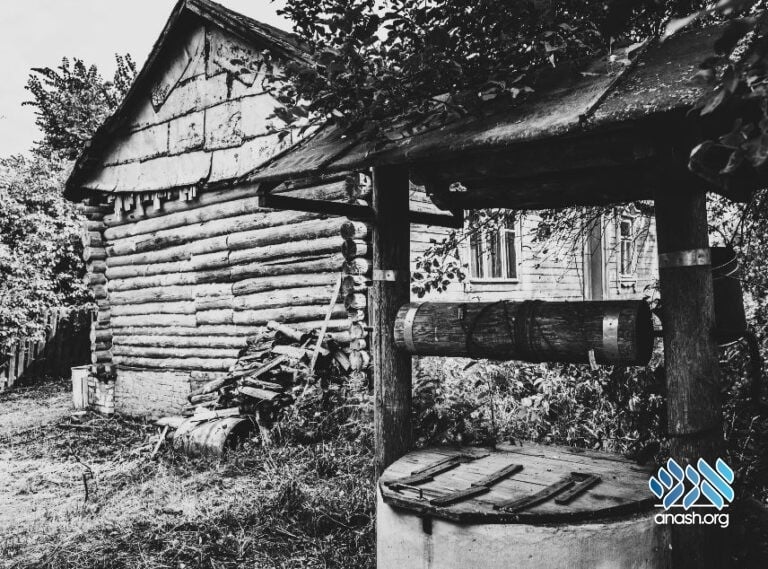 Shimshon Vitebsker was a talmid in Tomchei Temimim who passed away in his youth, but left a deep impression on his fellow temimim. Watching him dance after Mayim Shelanu, the Rebbe Rashab commented that his ‘yechida shebanefesh’ shined.

R. Shimshon Milner of Vitebsk (5650-5673) was a talmid in Tomchei Temimim who was known as a sincere oved Hashem and a very spiritual person. He tragically passed away in his youth, but he left a deep impression on his fellow temimim. When the news of his passing reached the Rebbe Rashab, he said, “It seems that they need good ones in heaven too…”

After having spent several years in Lubavitch and making great progress in learning and avoda, Shimshon returned to his hometown of Vitebsk. When asked whether he had learned nigleh or Chassidus, he replied, “I learned that I’m a Yid!”

On one of the days before Pesach, the Rebbe Rashab would go out to draw the mayim shelanu, accompanied by the mashpi’im, mashgichim and bochurim of Tomchei Temimim. They would return with the water to the chotzer, the courtyard of the Rebbe’s house and the yeshiva, where they would break out in a joyous dance.

In 5673, Asara B’Teves fell out on Friday. After Kabolas Shabbos, we were told that the Rebbe would say the maamar after eating. I hurried to my host and returned within ten minutes, but the doors were already locked. Apparently, the Rebbetzin brought out mezonos for those who remained, and the Rebbe began straight away. Thankfully, the window shutters were open, and the Rebbe spoke loudly, so we stood in the snow listening to the maamar.

Shimshon Vitebsker had also come late, but because of his poor health, he could not possibly stand outside. He knocked on the house door, and to our surprise, Rebbetzin Shterna Sara allowed him to walk through the entire house to the room where the Rebbe sat.

At 11 pm, after chazara, we sat in the Zal and expressed our remorse at having gone to eat before the maamar. Shimshon noted that when he was healthy, he would never leave to eat, except for once when his head began to spin and his eyesight became dark. “Never go away,” Shimshon told his friends, “You’ll be fine!”

R. Shimshon once shared a tradition he received from an old Yid:

Every year, during the height of the winter, the freezing cold weather breaks and it rains, to show that nature is in the hands of Hashem. This was observed for over one hundred years, even in the cold regions of Russia.