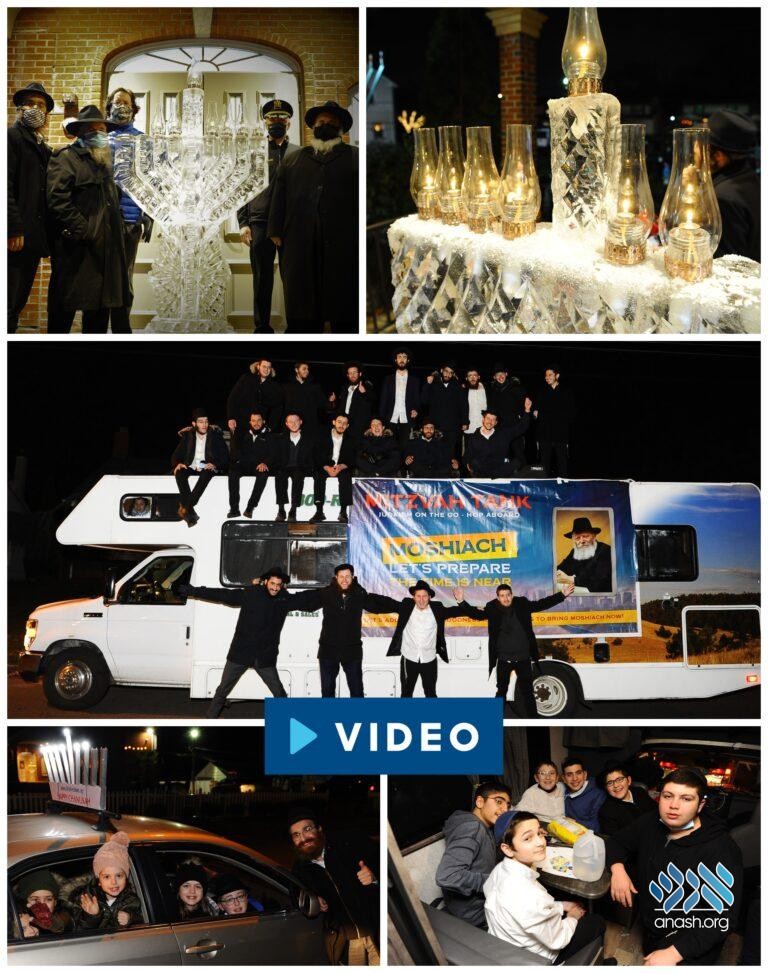 The Hillside community joined Bris Avrohom for the lighting of a 500lb ice menorah, followed by a car parade and dancing on countless street corners.

Exclusive to this year, Bris Avrohom of Hillside, NJ, assembled a 500-pound Ice Menorah outdoors on the front lawn of Bris Avrohom, where children and their families enjoyed the fabulous Menorah, accompanied with live music and dancing.

The ceremony was joined by the chief of police of Hillside. Rabbi Avremy Kanelsky list the first candle, followed by Mr. Dovid Hoffer, Mr. Michael Miller, Mr. Avremy Safranovitz, Rabbi Dovid Wilansky and Rabbi Kanelsky who each lit one of the candles.

Following the Menorah lighting, Bris Avrohom led a car Menorah parade with two mitzvah tanks travelling through the streets of Hillside and Elizabeth by stopping to dance at every corner with the locals.