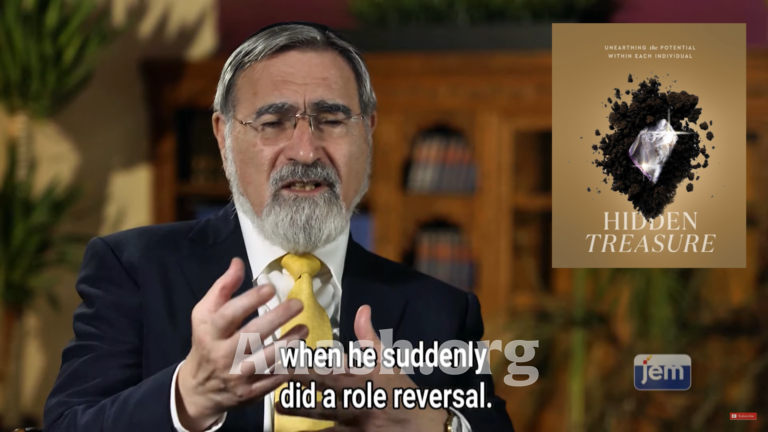 A must watch for all in the lead-up to Gimmel Tammuz, Hidden Treasure – Unearthing the Potential Within Each Individual is an inspiring new film portraying the Rebbe’s ability to unleash the power of the individual.

The Rebbe said “The Baal Shem Tov taught that every single Jew is compared to a ‘desired land,‘because inside lies precious stones and diamonds, wellsprings, and treasure. One need only dig a little, and he will immediately find these precious stones, these wellsprings.”

Produced by JEM, Hidden Treasure tracks the journeys of four individuals whom the Rebbe empowered, bringing to light the effects of the Rebbe’s belief that every Jew is a treasure trove waiting to be unearthed. From an influential rabbi to a misbehaving child, the firsthand testimony of these people captures how the Rebbe transformed lives with his undoubting faith in their potential.

“Sometimes the most transformative moments in your life happen when someone else believes in you more than you believe in yourself,” says Rabbi Lord Jonathan Sacks in Hidden Treasure. “You saw yourself reflected in his eyes, and all of a sudden, you were much bigger.”

With a running time of 12 minutes, the film is interspersed with an impassioned talk of the Rebbe about the wellsprings and precious gems latent within each person.

On the 25th anniversary of Gimmel Tammuz, this is a most apt theme of the Rebbe’s weltanschauung to explore, and a paramount lesson for us all to take to heart.