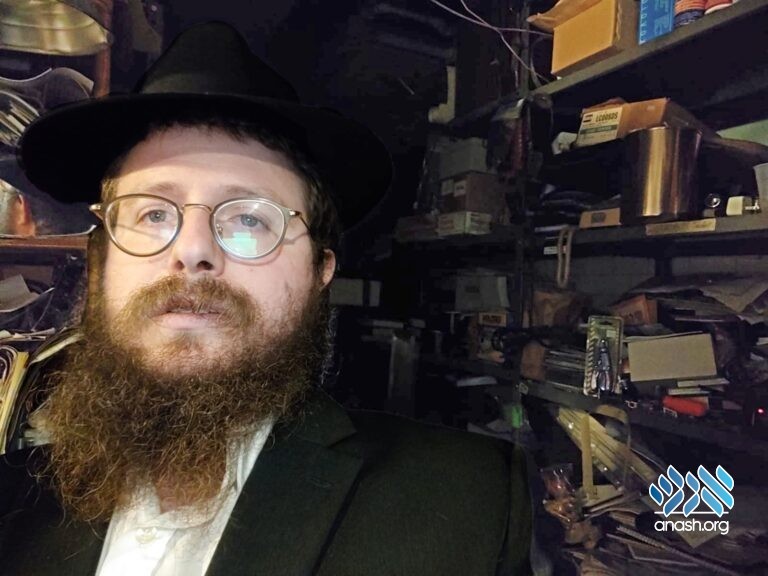 After being hidden away for decades, hundreds of previously-unknown original audio recordings were found in a basement closet in 770. A campaign is underway to restore and digitize the recordings.

Regulars at 770 watched the operations of the famed ‘WLCC room’ with awe, most not understanding the intricacies involved in recording and broadcasting the Rebbe’s Sichos to hundreds of locations around the world simultaneously. Rabbi Chaim Baruch Halberstam, for years the man behind the delicate process, spearheaded a technological feat well ahead of its time, providing Chassidim around the world – and generations to come – with audio and video of the Rebbe.

For years, audiotapes of the Sichos were sold and distributed, copied multiple times for an ever-growing audience of listeners. With each duplicate of the original tape, the quality of the content diminished, and today’s widely available digitized versions are often muddled and difficult to decipher.

Unbeknownst to many, beginning in 5748, each time the Rebbe spoke, his voice was recorded on 2 devices simultaneously. One, a cassette tape, was available for distribution shortly after the Sicha concluded. The other method of retaining the Rebbe’s words was a series of audio reels. These reels, with an audio quality far better than audiocassettes, were never duplicated, leaving the original audio untouched and, until very recently, undiscovered.

Several months ago Rabbi Zalman Wilhelm, who heads the team in charge of transferring and restoring audio reels, and Rabbi Chaim Baruch Halberstam, made a unique discovery in 770. Boxes of audio reels, containing the original, untouched audio of the Farbrengens, Sichos and Tefilos from the years 5748 – 5752. Hours upon hours of precious audio, all the more special as these are the last words we merited to hear from the Rebbe before Chof Zayin Adar.

The team at JEM’s Ashreinu app are hard at work transferring and digitizing this newfound treasure.

PLEASE PARTNER WITH US to cover the costs involved in publishing these recordings at RESTORE.ASHREINU.APP.