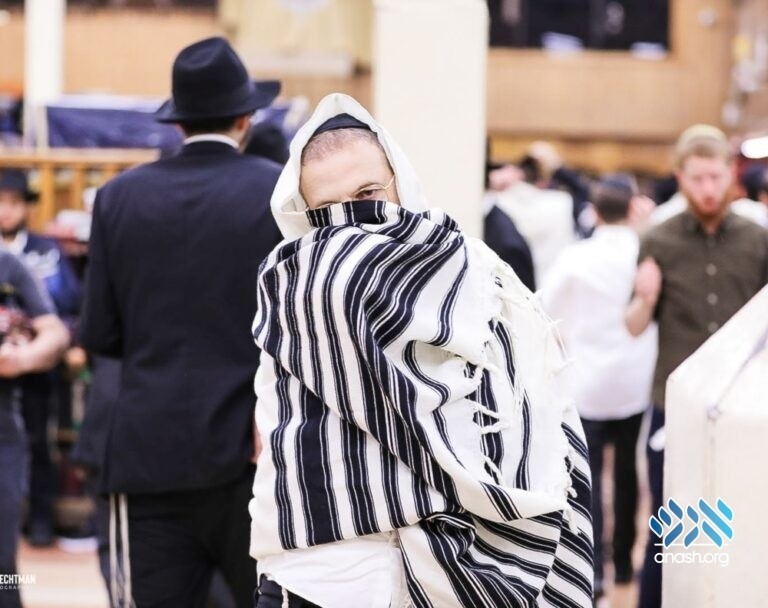 Parsha Thoughts by Rabbi Shmuel Wagner: Is your Judaism one that focuses on action – “Just Jew It!” as they say, or is yours the one that concentrates on emotions; on deep and spiritual meaning?

Hey, how is your Judaism?

Do you do Judaism, or do you feel Judaism?

Is your Judaism one that focuses on action – “Just Jew It!” as they say, or is yours the one that concentrates on emotions; on deep and spiritual meaning?

I do not intend to get personal with this question. This question exists on an objective level as well; from the two options presented, which one is Judaism meant to be?

Mind you, the answer is not simple. Consider the fact that there are sources in Torah suggesting both ways:

On the one hand, we were raised on the mantra of “Hama’aseh Hu Ha’ikar!” As the Rebbe puts it in a well-known Sicha[1], the Mitzvah is performed by someone who puts on Tefillin, even without meditations, and not by someone who thought all the meditations but did not actually put them on. Action-based Judaism.

On the other hand, it is clear from various sources in Torah[2] that the goal of Mitzvos is to cultivate feelings.

So, what is Judaism?

The answer may surprise you.

Last week, Farbrengens were certainly centered around the argument of the Meraglim.

In their opinion, Judaism was about thought. About depth and meditation, about discussion and contemplation. Judaism was about complete immersion in the waters of the Torah, while living off miraculous welfare [Manna=Food Stamps, Miriam’s Well=WIC, Clouds of Glory= Section 8 Housing… You get the idea].

For such a way of life, Eretz Yisrael and physical deeds of Mitzvos could only serve as a distraction. Hence, “let us stay in the desert”.

The Meraglim were too caught up in their fantasy of a magical Judaism, and they forgot that the point of it all is to do, just do, more Mitzvos. That was their mistake, as we learnt last week.

Your Farbrengen last week was probably centered around how Judaism is simply do-able. Answering the above question, Parshas Shelach teaches us that Judaism is more physical. Just do it!

“Mihu Yehudi? Kulanu Yehudim!”, Korach’s banners read. “Friends!”, he rallied up Shevet Reuven, “Do not think that you are mere Jews in the flock! Do not look down at yourself and think, ‘Could I possibly be of significance?’ My brothers! You are as important… as Moshe himself! Moshe puts on Tefillin – so do you! Moshe eats Kosher – so do you! Everything Moshe does – you do too!”

Cheers erupt from the crowd.

Korach looks around, and dramatically drops his tone: “I know what you are thinking: ‘How can I possibly be compared to Moshe?! He is so holy and spiritual!’” Korach pounds the lectern and thunders: “Wrong! Spirituality has nothing to do with Yiddishkeit! Guess who said so – Moshe himself! Did you all not hear what he told the Meraglim? Spirituality is not Judaism; physical deeds are! Well, you all do the physical deeds, so you are all holy!”

The crowd begins chanting, “Deeds!” “Deeds!” “Deeds!” and march together to Moshe’s tent, where Korach grabs the megaphone and screams out, “Moshe, what makes you the supreme leader – are we all not holy?! Why do you ride your high horse above the rest of us?”

Korach was a man of the people. Indeed, his party was so down-to-earth that they literally ended up there. Grounded, and I mean badly.

As the dust settled, Moshe turned to the rest of the Yidden and taught them the lesson: Contrary to Korach’s political jargon, Judaism is not only about the physical performance; there must be spirituality as well. You need to do Mitzvos, yes, but you must also feel the Mitzvos while you do them. Activated Actions. Connected Commandments. Dynamic Deeds. Illuminated Instructions. Enthuse energy into your existence. Instead of dutifully doing, fulfill with feeling!

That is how Korach was wrong. We absolutely need a leader, a Rebbe, who can elevate us beyond doing – which we may indeed be able to do on our own merit – and show us a life of heartfelt rapture.

Your Farbrengen this week is probably centered around how Judaism is a lot deeper than just doing. Answering the above question, Parshas Korach teaches us that Judaism is more spiritual.

It is not for naught that Korach immediately follows Shelach, and as we learn in Sichos and Farbreng about every year, we must remember both lessons.

This is where the ambiguity creeps in:

Were the Meraglim incorrect? We thought that yes, because Judaism must be physical, but after seeing Korach’s mistake, were they not at least partially correct that Judaism is spiritual?!

Was Korach incorrect? We thought that yes, because Judaism must be spiritual, but after seeing the Meraglim’s mistake, was he not at least partially correct that Judaism is physical?!

If the Shelach-and-Korach fusion leads you to confusion, it means that you are still pondering the original question about Judaism being physical or spiritual, and the answer you decided, based on the two episodes together, is that they are both correct. How? You are not sure.

Here is the surprise answer:

They are both incorrect.

Judaism is not physical, and not spiritual.

Judaism is the one word conspicuously missing from the article until now.

Please absorb this for a moment: I wrote an entire article presenting a philosophical paradox about Judaism and I did not mention the word “Hashem” even once. That should be extremely disturbing. How is it possible to explain Judaism without Hashem at all in the picture?!

Well, unfortunately, Judaism can be easily distorted. Hashem can be silently separated from Judaism, and we may not even notice His absence.

That was the mistake of the Meraglim, and of Korach. It is not that they both got it half correct. They both got it entirely incorrect, in different ways, because they both left out Hashem.

Judaism is not physical, and not spiritual. In fact, Judaism is not Torah, and Judaism is not Mitzvos[3]. Judaism is Hashem. Of course, Hashem wants us to do Torah and Mitzvos. But let the core of it all never get lost in the course of the action. Hashem says, “Do Mitzvos – and do them with emotion. But remember, it is not because any one of these perspectives is essentially better than the other, but rather, because I instructed you on both. Within the physical and the spiritual, do not forget Me!”[4]

You see, the problem is, we are physical beings, and exist on a physical plane. We therefore feel that we relate to Hashem with as many physical terms and conditions we can possibly devise without being heretical.

Then, at a certain point, we learn and become aware of a higher element, called spirituality. As we become more connected to this new reality, we begin to relate to Hashem with a perception of Him being a sublime, mystical being – and we think we now got it.

Further on in our discovery, we begin appreciating the beauty of physical matter, especially in how it pertains to Hashem’s Plan, and we begin wondering and pondering, debating and discussing, “Is Hashem’s Greatness in that He is physical, or spiritual?”

In doing so, we forget Hashem’s perspective in all this. Hashem looks down at us and says, “Hello?! I am physical?! I am spiritual?! I CREATED PHYSICAL! I CREATED SPIRITUAL! Spirituality may be higher than you, but it is certainly ‘lower’ than me!”

Suddenly, Judaism is not anymore a complicated theology. Judaism is living the life that Hashem gave you in the way that He intended and thus instructed. You have intellect? Learn Torah. You have feelings? Get excited (or awestruck) about Hashem. You have the power of thought? Think positive about another Yid. You can speak? Say something nice, including the words of the Torah you are learning. You can do something? Do it – and do it completely right.

Let us not make the Meraglim’s mistake. Let us not fall into Korach’s pit. Instead of cultivating love and fear – let us cultivate love and fear of Hashem. Instead of doing Mitzvos – let us remember to do Hashem’s Mitzvos. After all, it is not up to us to forge this connection with Him; it is up to Him – so live it His way!