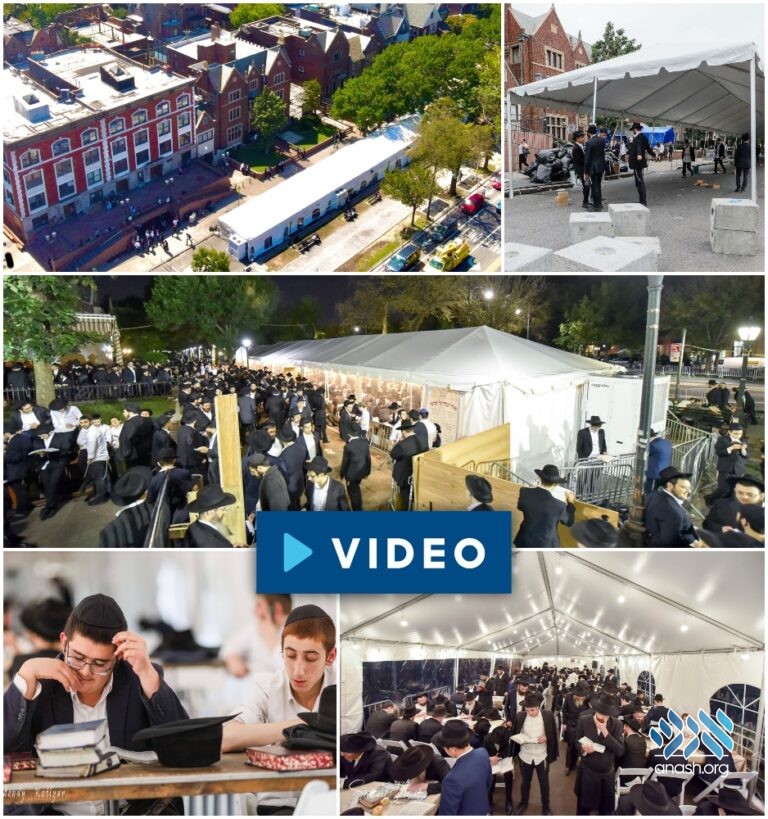 What started as a small tent is now a massive month-long operation. Help fund the Tishrei Tent outside 770.

770 Eastern Parkway is more than an address. Its a destination for the thousands of guests who spend Tishrei in Crown Heights. At the same time, 770 remains a hub for Crown Heights locals who may be looking for a Minyan at any time.

As Lubavitch grows, the crowds at 770 do too. During Tishrei, its simply impossible for everyone to be in 770 at once. And that’s where the tent was born.

Spanning 200 feet, the fully air-conditioned tent serves as an expansion for the overflow crowd during Tishrei. With 60 daily Minyanim, a place of Davening and learning has been created.

Eastern Parkway is closed, the tent is built, yet future is in your hands.

Organizers are now holding a RaiseThon Campaign seeking to cover the costs of this month-long operation. Be a part of expanding 770 during this Tishrei by donating today.