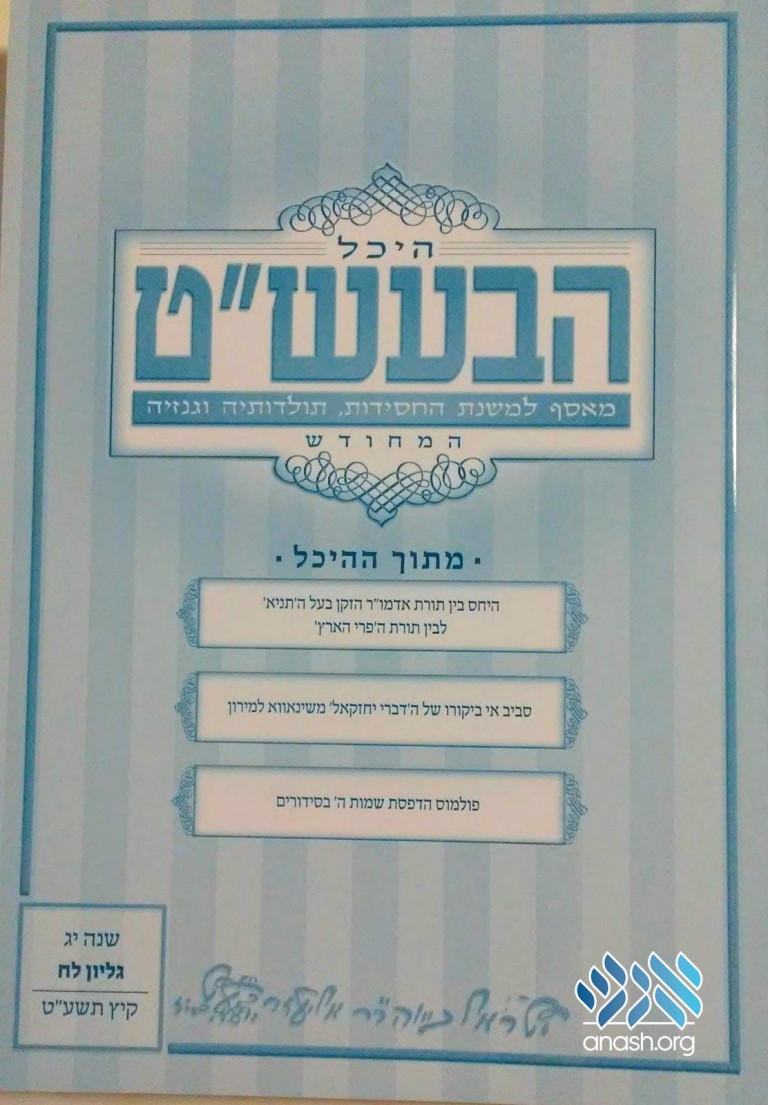 Heichel HaBesht is an in-depth journal of Chassidic thought and history published since 5763/2003. It is published byRabbi Nochum Grunwald, shliach in Lakewood, NJ, and Rabbi Boruch Oberlander, shliach in Budapest. The 38th volume was released recently.

The journal has for years published riveting articles of original Chassidic thought. Also published there are never-before-seen manuscripts and letters, such as the first edition of Beis Rebbi, the original historical record of the first three generations of Chabad Rebbeim and their chassidim.

Another very popular series over the years was Rabbi Amrom Blau’s series on the history of the children and grandchildren of the Tzemach Tzedek, the Rebbes of Kopust, Babruisk, Avrutch and their families.

Some of the features in the current edition include: