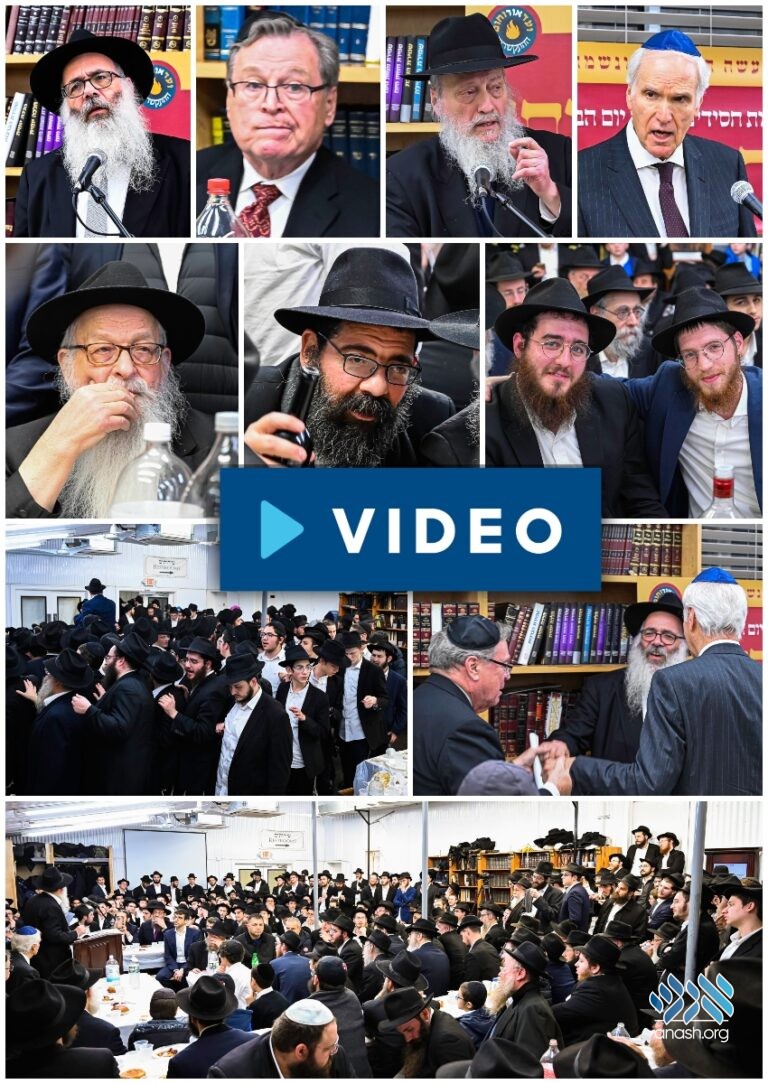 Hundreds gathered at the Ohel Wednesday night for a farbrengen celebrating the Rebbe’s victory on Hei Teves. Among the speakers were two attorneys who worked on the case, who shared their first-hand experience.

Hundreds of Chassidim gathered at the Ohel Wednesday night for a farbrengen celebrating the Rebbe’s victory on Hei Teves.

Two attorneys, Mr. Harvey Stone and Mr. Richard Dolan, who have worked on the Seforim Case as assistants to the lead lawyer, Mr. Nat Lewin, spoke at the Hei Teves farbrengen taking place near the Rebbe’s Ohel on Wednesday night.

Mr. Stone and Mr. Dolan have been involved in preparing the case, and they shared their recollections at the farbrengen. They have also been involved in other legal work for Lubavitch, including regarding public Menorah lightings, in the context of which they merited to meet the Rebbe at Dollars.

Also addressing the farbrengen was Rabbi Sholom Ber Levitin, head Shliach of the State of Washington, who reveal heretofore unknown details of the involvement of the Shluchim at the time in the ongoing battle and victory of the Seforim.

Rabbi Shmaya Shmotkin discussed the achrayus of each chosid to accomplish the Rebbe’s goals, and Rabbi Zalman Wolowik shared what it was like to experience the story of Hei Teves first-hand as a Bochur by the Rebbe at the time.