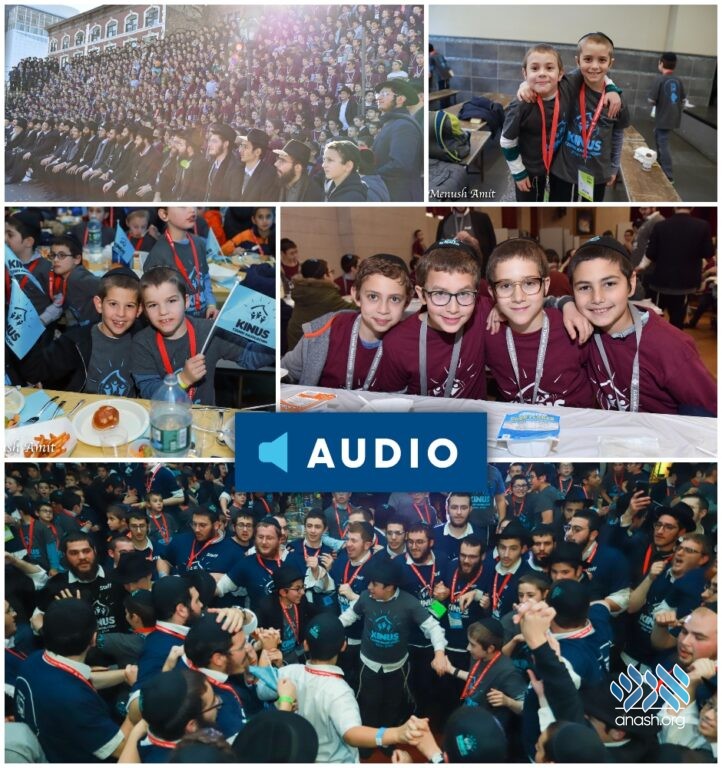 As the Kinus Tzeirei Hashluchim gears up for its largest program yet, the Shluchim Office announced the head staff leading the massive operation and released this year’s new, upbeat Kinus theme song.

As the Kinus Tzeirei Hashluchim gears up for its largest program yet, the Shluchim Office announces the head staff leading the massive operation and releases this year’s new, upbeat Kinus theme song.

With Kinus just a few days away, the Kinus Tzeirei Hashluchim team has been busy with all the final preparations as they get ready to greet close to 2,000 Young Shluchim joining both the in person and virtual tracks.

“With two simultaneous tracks and the largest number of children joining in person in Kinus history, this year’s massive operation requires the most capable and talented staff,” shared director Rabbi Berel Bendet. “This year’s highly sought after group of staff have been working long hours, sometimes throughout the night, overseeing every detail and aspect of the program.”

Young Shluchim have been eagerly awaiting this year’s Kinus song which was just released, an upbeat track which perfectly encapsulates the theme of Kinus.

Under the lyrics below you can find the songs from previous years. You can also find the Kinus songs on Spotify and iTunes.

Growing up on Shlichus

There’s so much to do,

I look forward to

I look at my parents

Sharing in their pride,

l offer to help them

Always at their side

But I know and understand

I’m not second in command

I am a Shliach! The Rebbe trusts in me

Every step I take

Is An Achrayus I carry nobly

It’s up to us – Al Yidei Bonim

Driven by his vision

The Kochos I am given

To inspire each and every Jew

It’s up to us – Tzeirei Hashluchim (The youngest Shluchim)

We the Rebbe’s soldiers

Carry on our shoulders

The power to bring Moshiach Tzidkeinu