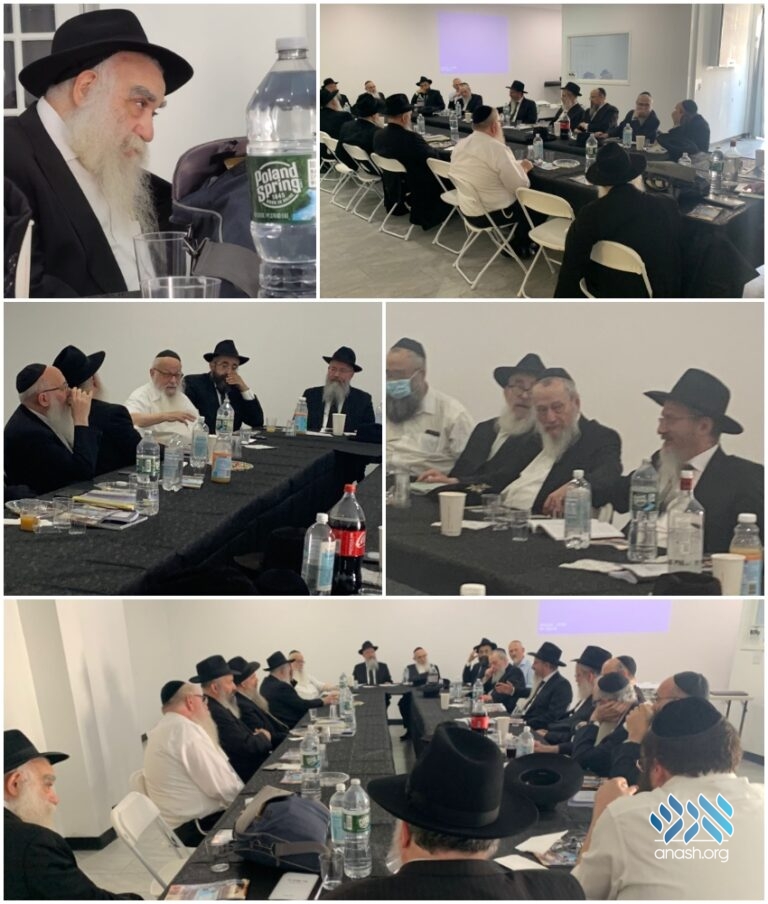 Head Shluchim from various states and countries met in New York to review progress on the 1210 new mosdos campaign and the physical wellbeing of all Shluchim.

A meeting with Head Shluchim from various states and regions took place this past week. The meeting, called by Iggud Hashluchim, was scheduled around Shluchim being in New York for Gimmel Tammuz.

The meeting, which took place in the hours preceding Gimmel Tammuz, comes in continuation of two previous meetings held over zoom, where the 1210 new mosdos campaign was launched.

On the agenda was a close examination of the more than 1,500 new mosdos pledged in honor of Yud Aleph Nissan, and conversations regarding the spiritual and physical wellbeing of all Shluchim.

Rabbi Berel Lazar, Head Shliach of Russia shared the plans he and his Shluchim have made to go ahead with new mosdos, notwithstanding the present climate and difficulties on the ground.

Senior Head Shluchim, Rabbis Yisroel Shmotkin and Sholom Levitin shared directives they received from the Rebbe about their responsibilities, and a collective resolution was made to increase education about Hiskashrus in Anash communities.