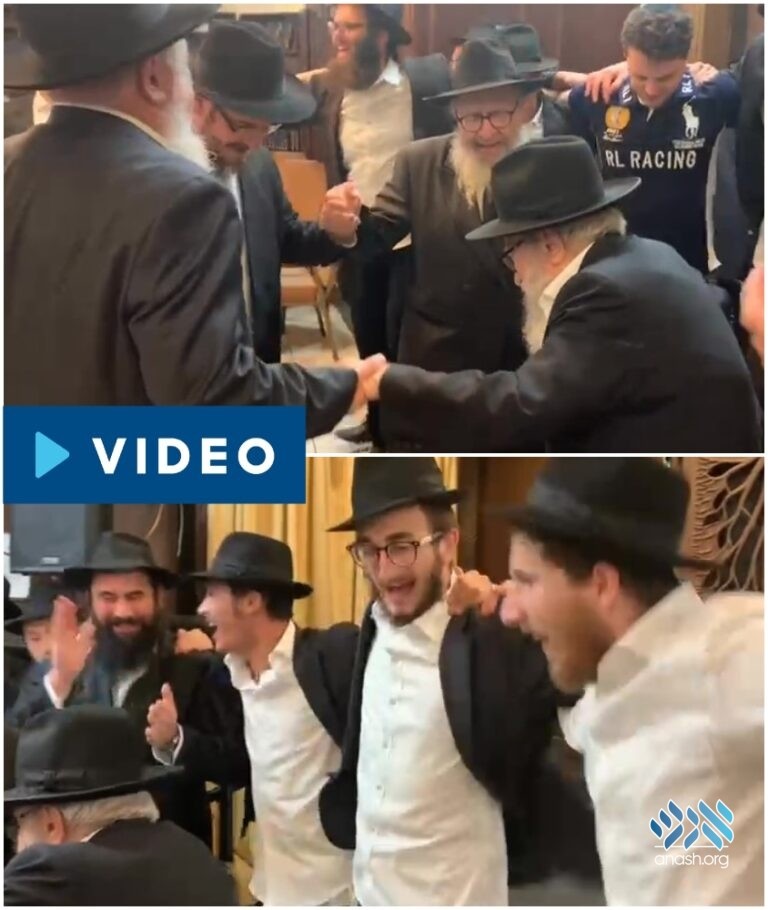 At the recent Rosh Chodesh Kislev farbrengen at the Miami Yeshiva, Florida Head Shliach Rabbi Avrohom Korf joined the yeshiva’s hanhala and bochurim for a dance celebrating the miracles that occurred on that day.

A grand farbrengen and seudas hoda’a was held at the Miami Chabad Yeshiva last week to mark Rosh Chodesh Kislev, joined by the yeshiva bochurim and members of anash. Joining them was also Florida Head Shliach Rabbi Avrohom Korf.

The farbrengen was addressed by members of hanhala, including Rosh Yeshiva Rabbi Leibel Schapiro, who spoke about the history of the day and why chassidim celebrate it.

Following the official farbrengen program, the bochurim, hanhala, and anash burst into a spirited dance, with the head shliach, who just recently turned 90, dancing with them as if he was a young man.