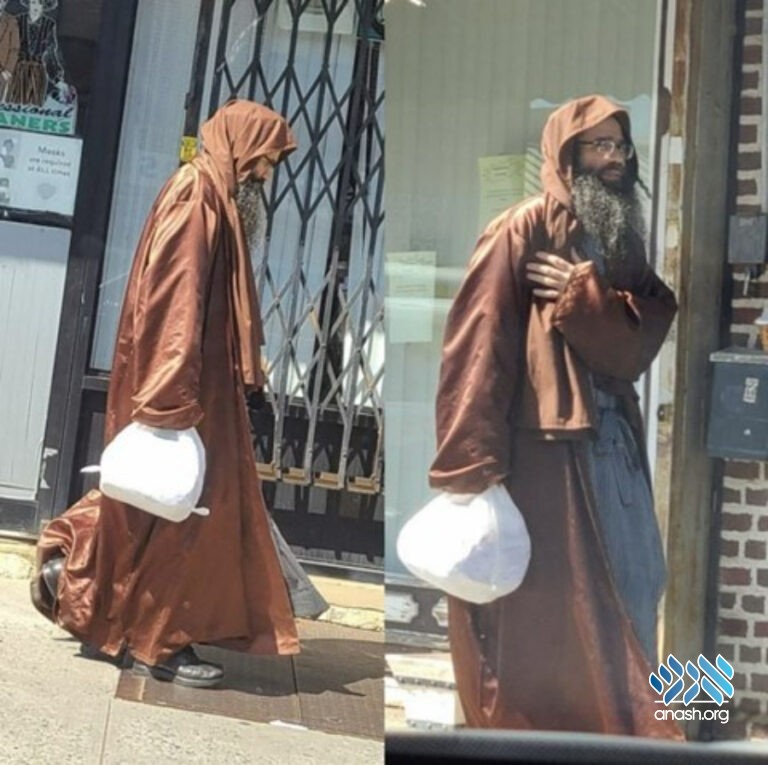 A “meshulach” going door to door raising money in Crown Heights has possibly been identified by a community member as a prominent member of the Lev Tahor cult.

A “Meshulach” going door to door raising money from Balebatim has possibly been identified as a prominent member of the Lev Tahor cult.

Uriel Goldman, who is a member of the Lev Tahor “hanhala” and serves as their spokesperson, was allegedly recognized by a Crown Heights woman who had recently watched a documentary on the cult that included numerous disturbing statements made by Goldman on a Zoom call. While her sighting is unconfirmed, she felt alarmed enough to warn her followers on Instagram – and she contacted Crown Heights Shomrim.

Mr. Goldman has been confirmed to be living in Boro Park over the past few months in an effort to raise funds for the cult. Funds that enable the leadership to hold onto power and continue to hurt those that the donations are supposedly trying to help. This information came to light in recent months by testimony from members that have been able to escape the cult.

Over the last few years, Lev Tahor has experienced several suspicious deaths, horrific child abuse, and brazen kidnapping – abducted two children from their mother at a private home in New York – on Shabbos (along with several other kidnapping attempts.)

Multiple members of their leadership are currently sitting in prison. A large portion of funds collected are for their legal representation. Funds that were donated by well-intended people in the frum community trying to “help yidden with basic necessities.” The court even presented surveillance footage during the kidnapping of cult leaders driving on Shabbos – all excused by their longstanding narrative that the “Zionists” are chasing after them (they are not).

One person (who asked to remain anonymous) revealed that Goldman approached him for donations with an urgency of “pikuach nefesh”. Meanwhile, those funds are reportedly being used to pay for jail bribes and legal representation for those people in the cult leadership that were caught in the kidnapping operation.

Among those incarcerated is the current head of Lev Tahor, Nachman Helbrans, who is in a US prison awaiting sentencing on multiple kidnapping related charges. Three other leaders, the notorious Weingarten brothers, are awaiting extradition from Guatemala to the United States.

While Goldman claims that Lev Tahor lacks money for the bare necessities – such as diapers, clothing, food and water – they reportedly paid for over 70 plane tickets to the middle-east in a dangerous effort to start migrating the cult to Iran.

When giving Tzedakah, double-check the cause and documentation to ensure that your funds are supporting a proper family or organization.

In a recent tweet @LevTahorSurvivors have asked the public for help: “If you spot Goldman or any Lev Tahor members collecting “tzedakah” in your area, PM us or email [email protected]”