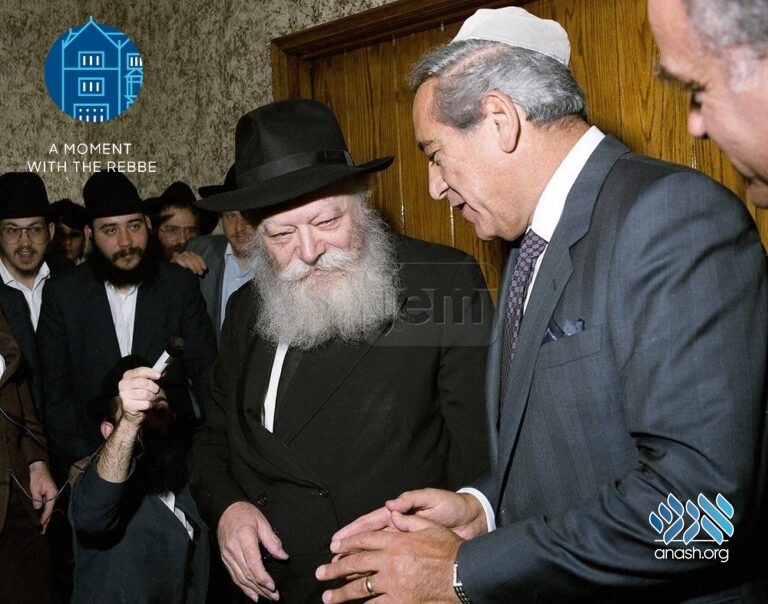 In the middle of a farbrengen, the Rebbe began conversing with a local storekeeper in Italian until the emotional man handed to the Rebbe all of his keys…

There was a storekeeper in Brooklyn by the name of Avrohom Kalisker, who enjoyed a unique relationship with the Frierdiker Rebbe, as well as our Rebbe.

He used to come to hear the Rebbe’s tekios on Rosh HaShanah. At first, he came with a car, but with time he began making steps towards a frum lifestyle.

At one Simchas Beis HaShoeiva farbrengen the Rebbe began talking to him in Italian. The assembled couldn’t understand the conversation, but his anxiety was apparent. His facial expression showed strong emotion.

At one point he got up onto the table and gave the Rebbe a ring of keys. After a short exchange, the Rebbe returned the keys to him.

He told us afterwards that the Rebbe demanded from him to close his store on Shabbos. He wanted to commit, but felt that the challenge was too great, so he gave the Rebbe the keys, thereby handing over the ownership of his business. The Rebbe returned them to him saying, “I’m giving you the keys for six days a week…”

From then on, he became a full shomer Shabbos.