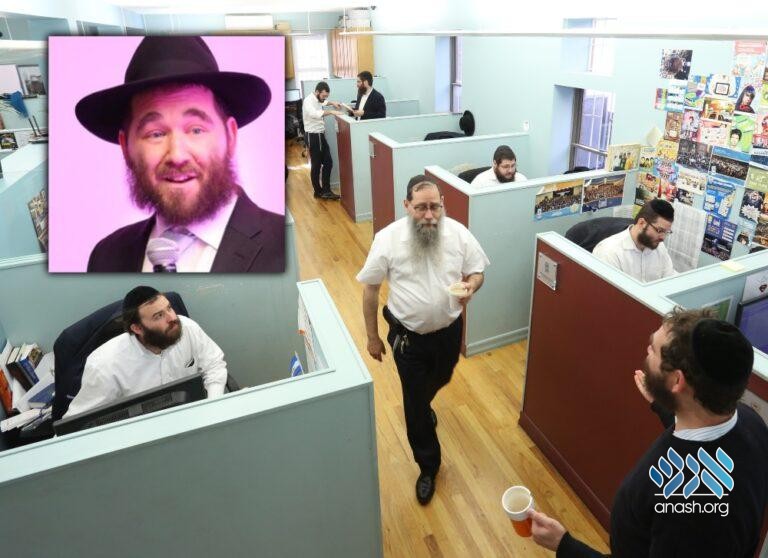 Article by Rabbi Mendel Itzinger: He didn’t look at big projects, big buildings, mosdos, gatherings of thousands or successful events. But Rabbi Yudi Dukes was a real shliach, and we should try to emulate his ways.

He had the hardest job in Lubavitch

He worked all day every day, asking Lubavitcher’ to learn with someone on the phone…

That is how I got to know him.

I was newly married and in Kolel when he walked over to me: “Hi, I’m Yudi Dukes, I run JNet, I have a bunch of people who want to learn on the phone for an hour a week, could you learn with one of them”?

I really didn’t want to… but I also didn’t want to say no, so I gave him my number and hoped he’d find enough others that he would need me.

After the third time I missed his call (not ח”ו purposely), I assumed he’d give up.

I took a Chavrusa and we learned for a while.

This is what he did day in and day out.

I work with Lubavitchers, I can tell you if you don’t already know, we are really not an easy crowd…

We are already over committed with a list of Mivtzoim and ‘Peulos’ we do, and hundreds of Moisdos vie for our time and help, on top of our incredibly busy lives. It is not always easy for us to give much attention to new things.

There is nothing more humbling than putting your life and soul into something that requires a commitment from others to make happen… because it is so hard for already overworked people to commit to more.

And being “fobbed off” really doesn’t feel good…

It’s one thing to do the job he did job for a few months… if you are tenacious you could push it a bit longer.

Yet two years later he was still at it. And five… and ten..

Yet his tenacity to keep pushing stands before me every day…

At the Kinus Hashluchim in 5747 the Rebbe explained the difference between an ‘Askan’ and a Shliach.

The Asken worries about the ‘worlds problems’. Following deep analysis he decides on a course of action; His work with the individual fits in to his narrative and agenda of dealing with specific global challenges.

A Shliach on the other hand, sees each Mitzva and Peula as the greatest achievement. If “all” he does all day is put Teffilin on people, he sees immeasurable success.

Yudi was a real Shliach.

And as someone who is more naturally pulled toward solving the “worlds problems” I think of him often.

His tenacity to keep the individual at the forefront, has been and will continue to be an inspiration to me each time I need to reach for motivation, as I’m sure it does for so many others.

Yudi, I do not know why the Eibishter took you so early, but I do know that whist you sit in the Rebbe’s Heichal in Gan Eden, we here will continue to try emulate your life’s lesson, and hopefully those who we touch will do so too. So that בקרוב we will have readied the world enough to see you once again בביאת משיח צדקנו במהרה בימינו ממש.

, we try over the next week to reach one יחיד, be it a new person on Friday Mivtzoim, an associate, a friend that could use a few minutes of our time to learn something, or for help in another in another matter whatever it may be.

A campaign has been launched to support the Dukes family following the passing of their husband and father. Please give whatever you can at https://www.charidy.com/dukes/Anash