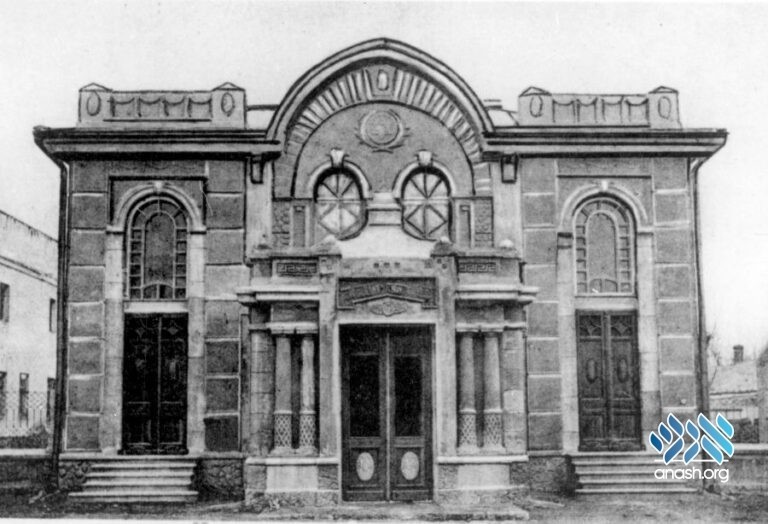 When a shochet in Kherson who had been a tomim began behaving improperly, the Rebbe Rashab said that “Tomchei Temimim didn’t take away anyone’s free choice,” and sent R. Leizer Chechersker to influence the city.

R. Leizer Dvoskin (5642-5702) of Chechersk was a chossid of the Rebbe Rashab and Frierdiker Rebbe. One of the early talmidim of Yeshivas Tomchei Temimim in Lubavitch, he was a student of the famous mashpia Rashbatz, and was known for his great hasmada. He served as the Rov of Kamai, Lithuania, and later as a Rov in Kherson, Ukraine. In Kherson, he founded and headed a branch of Tomchei Temimim, and left a strong impression on his talmidim. He was killed by the Nazis in the Holocaust.

While still a student in Tomchei Temimim, he was called up for the Russian draft, and he approached the Rebbe Rashab for a bracha. The Rebbe told R. Leizer, “If you commit to learn the entire Shas over the next year, you will receive a ‘white card’ (a total exemption).” Though he was fully healthy, R. Leizer was completely freed from the dangerous draft.

During that time, the secular movements were rampant and countless young people were drawn after them. In Kherson, a shochet, who had previously been a tomim, began behaving unsuitably, and this was having a bad effect. When R. Moshe Charitonov mentioned this to the Rebbe Rashab in yechidus, the Rebbe Rashab noted, “Tomchei Temimim didn’t take away anyone’s free choice,” and he sent R. Leizer to the city.

When he came to Kherson, R. Leizer spoke to the shochet and told him, “Berl! You need to give up shechting; you’re sunken in all sorts of taivos!” and the man acquiesced. R. Leizer then proceeded to be mekarev the local youth to yiras Shomayim and Chassidus.

A year later, R. Moshe Charitonov was again in yechidus, and he gave the Rebbe a glowing update, praising R. Leizer’s widespread impact. Elated, the Rebbe Rashab stood up and said, “He captured them with his sincerity!”

R. Leizer was an incredible masmid. On a winter Friday night, he could spend 7 hours straight learning Mitzvas Ha’amonas Elokus from Derech Mitzvosecha, pacing back and forth with the sefer in his hands.

He would daven at length with an exceptional sweetness that would delight the listeners. He told me that he used to daven with bitterness and tears, until the Rebbe Rashab instructed him to learn the maamar “Samach Tesamach,” and that changed the mood of his davening.

His hiddurim in mitzvos were unbelievable, yet he did them without standing out (belitos). One such hiddur was pas Yisroel, even when bread was only available through Soviet ration cards. R. Leizer would barely eat all week long, and for Shabbos, he would, with mesirus nefesh, get a bit of flour from the black market.

He had five daughters, but no sons, but the Rebbe Rashab promised him “good shidduchim and sons-in-law that are better than others’ sons.” R. Leizer would not allow his daughters to attend communist schools, hiring instead a devoutly religious gentile woman to teach them general subjects. When half a year later he saw that they had mastered the subjects, he discontinued the classes.