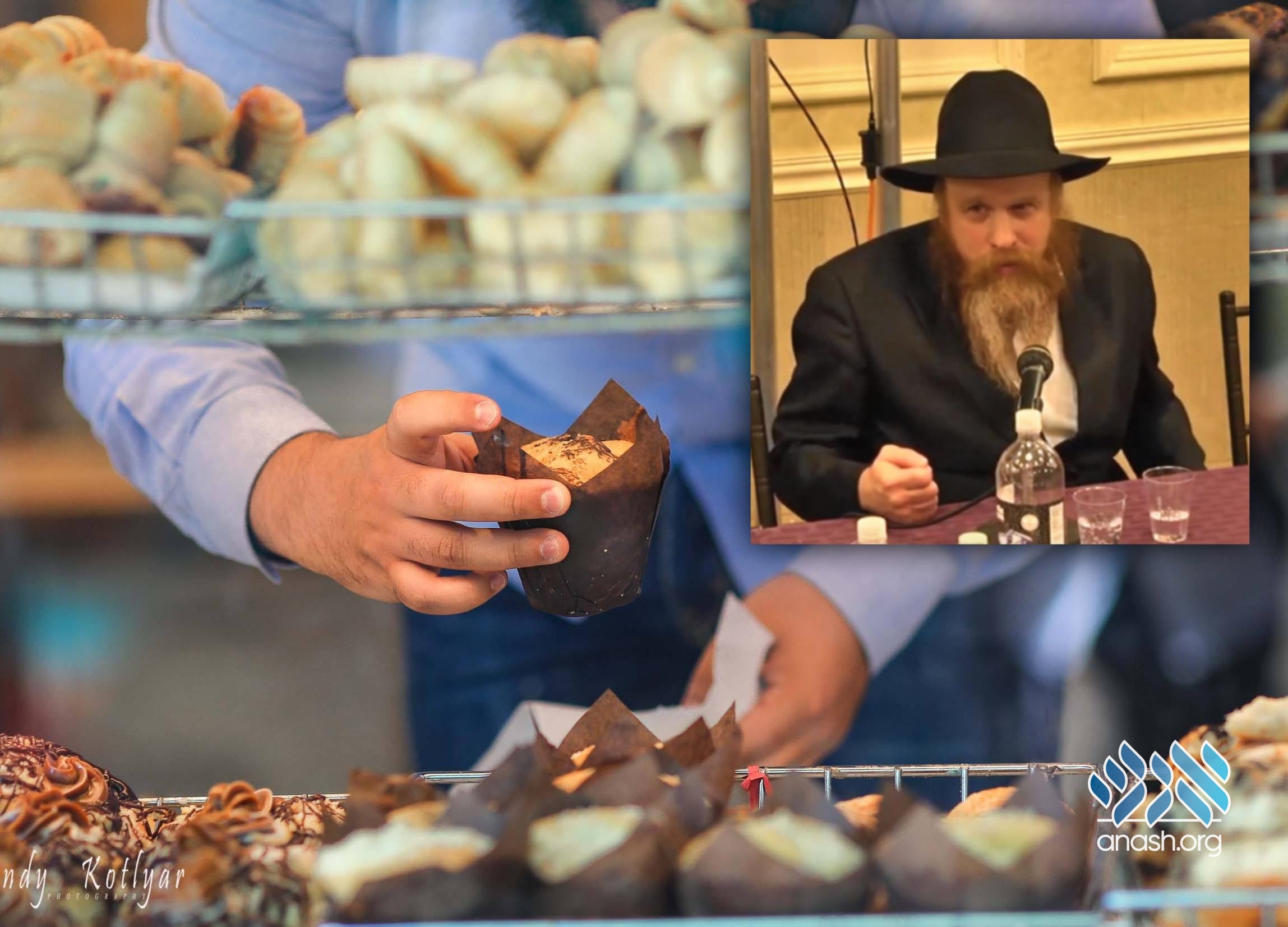 When the Rosh Yeshiva was approached by a bochur saying that he couldn’t taste, he grew concerned about more than just COVID.

The following story is one you are all familiar with, and the Rebbe shared it on a few occasions, but I will retell it as a preface to the next one:

R’ Shlomo Karliner was once a guest of the Alter Rebbe for Shabbos. R’ Shlomo was one of the foremost talmidim of the magid (the Alter Rebbe once remarked about him that he is a tefach higher than the world), and everyone wanted a share in the great zechus of preparing his food. So it was decided that they would divide the chores, and everyone (the Rebbbetzin, the daughters, and the Jewish helper) would have some part in the food preparation. However, they forgot to assign the job of adding salt to anyone! When they all remembered about this omission, they each, independently, added salt.

Friday night, during the meal, the Alter Rebbe noticed that his guest was not eating. “What is wrong?” the Alter Rebbe inquired, “did they perhaps forget to add salt?” And the Alter Rebbe added salt and continued to eat. Seeing that his illustrious guest was still not joining him, he asked again “Is something wrong with the food?” R’  Shlomo explained “It is too salty”. The Alter Rebbe excused himself, explaining “Since I was in Mezerich, I have lost my taste for worldly matters!”

The following story was once shared by R’ Berel Motchkin by a farbrengen, something that he personally witnessed as a child:

R’ Nissan Nemenov was a great chosid and a true oived Hashem. [Once R’ Peretz Motchkin was in yechidus, and remarked to the Rebbe that he has a chosid (referring to R’ Nissan) who is on par with R’ Hillel Paritcher]. Naturally, rumors abounded about him; – that he is a beinoni from Tanya etc., and there where those who insisted that he had lost his taste for worldly matters.

Once, when R’ Nissan was visiting Montreal, there were some local chassidim who decided to put it to the test. They enlisted the help of a child who lived in the house where R’ Nissan was staying, and, when he served R’ Nissan a tea, the sugar was substituted with salt. Those present (and R’ Berel Motchkin was amongst them) were closely watching for R’ Nissan’s reaction when he drank the tea. But he drank it all down without any expression at all. [R’ Berel pointed out:] It may be possible for someone to decide (for iskafya or any other reason) to drink a tea despite it being salted. However, when he first tastes (unexpectedly) the salt, it would be impossible not to show some facial expression. But R’ Nissan did not show any expression at all!

A bit over a week ago, a bochur approached me and informed me that he seems to be losing his sense of taste, and wants to test for covid-19. Ever vigilante for any signs of the virus, I helped facilitate his test.

Canada is not like the USA, and results take a few days. During that time, we were extremely tense and worried. What if he ch”v tests positive (which his symptom seemed to indicate), how will that affect the yeshiva, what will be the ramifications for all of us?

Boruch Hashem, the bochur tested negative! But it left me puzzled and perturbed.

What was his concern to begin with? Why did he see a need to get tested? And why were all of the rest of us so anxious?

You feel a loss in your sense of taste? Why should that be an indication of something wrong, a reason to get tested for illness? You came to Yeshiva, to become a tomim. Isn’t it to be expected that you should feel less of a taste for food and for gashmyus’dige taavos? Wasn’t that the ultimate objective?

If the bochur would have complained that he’s losing his taste in a maamar, no longer experiencing a geshmak in a shtickel gemoro or being able to get excited about davening, then my reaction would be justified. We would be right to order a test to determine the cause for such a condition. But since that was not the case, our reaction was very worrisome.

In fact, that may encapsulate what this global pandemic really is, this terrible disease that’s infecting the entire world. As the Rambam teaches us, the definition of illness is that what is sweet seems bitter, and what is bitter seems sweet. This is the world today. The one who does not have such a taste for worldly desires, – he’s the one they say is ill and needs testing, while the one who did not curtail or weaken his physical pleasure at all is considered the healthy one!

This is surely a pandemic-inflicted, disease-ravaged world, an ill world, that is in dire need of a vaccine and a cure.

The good news is – we do have a vaccine, and we’ve had one for a long time (long before Trump (or Biden) was even around). And the vaccine, as you all know well, is chassidus. Chassidus helps us develop our tastes, so that we should have a taste in what’s truly sweet, and a decreased taste in whatever is not beneficial for us. Chassidus is the potent medicine that helps us experience the טעמו וראו כי טוב ה’, פארזוכט וועט איר זעהן אז דער אובערשטער איז גוט.

Of course, like any medication, it is only effective if you actually take it. Having the pills sit on your dresser or counter doesn’t accomplish anything. Having the maamar sit on your bookshelf (or on your tablet) will not cure you of your worldly attractions. We need to actually learn it, understand it and delve into it, for it to change our mindset and sharpen our senses.

Tonight is the glorious day of Rosh Chodesh Kislev, the day on which we celebrate the Rebbe’s healing, and that ushers in this special month of geulah, and of the mattan torah of pnimiyus hatorah. בתר רישא גופא אזיל, this is undoubtedly the most fitting time for each of us to take a step – a big step – towards our own healing. Let’s take advantage of this special time to rededicate ourselves to learning chassidus and living as chassidim, and to acquire a healthy sense of taste, – one that appreciates G-dliness, and doesn’t necessarily feel excessive fondness for worldly pursuits.