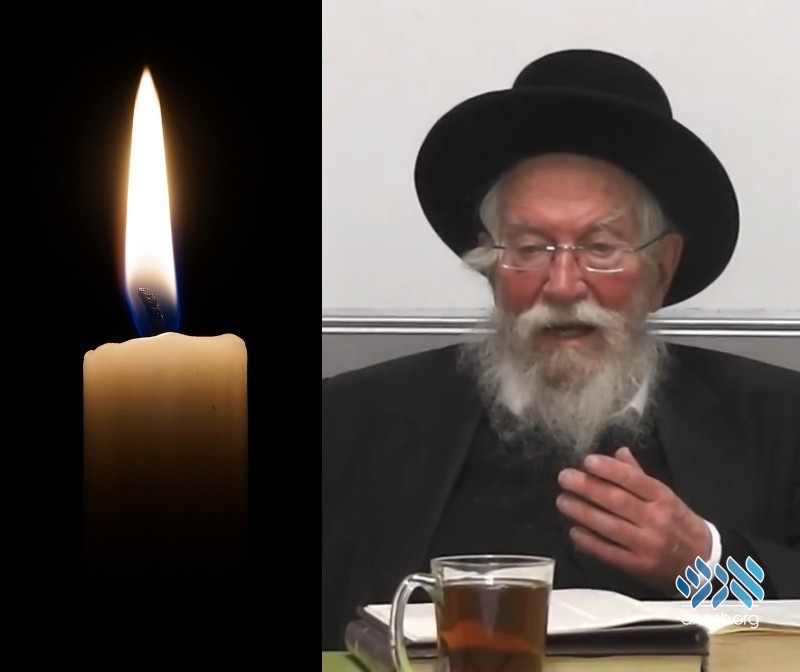 Harav Zalman Nechemia Goldberg, a leading posek who had a close relationship with the Rebbe and Lubavitch passed away today, Rosh Chodesh Elul, 5780.

Harav Zalman Nechemia Goldberg, a leading talmid chochom and posek who was very close to the Rebbe and Lubavitch passed away today, Rosh Chodesh Elul, 5780.

He was born in Russia in 5692 to his parents Rabbi Avraham and Freidel Goldberg. In 1935, he emigrated with his family to Eretz Yisroel. His father R’ Avrohom had a connection with the Frierdiker Rebbe.

In 5713, he married Rochel the daughter of HaRav Shlomo Zalman Auerbach. They settled in Shikun Chabad in Yerushalayim.

Rabbi Goldberg had a very close connection to the Rebbe and was known for being well versed in the Torah of the Rebbe and a close friend of Chabad. He was a regular participant in many Chabad events.

Rabbi Goldberg was one of the founders of the Beis Din ‘Hayashar Vhatov’ and served as a Dayan in the Beis Din Hagadol in Yerushalayim. He also headed the Sadigura Kollel, and deliver regular shiurim in many yeshivos across Eretz Yisroel.

In recent years he has served as editor-in-chief of Encyclopedia Talmudit.

He authored numerous Halachah seforim on all areas of Torah, and frequently dealt with complex halachic questions arising from technological, medical, and legal fields.

Rabbi Goldberg was known for his Semicha and Dayanus, which is held in high regard throughout the world. Thousands of people including many hundreds of Lubavitcher Bochurim received semicha from him over the years.