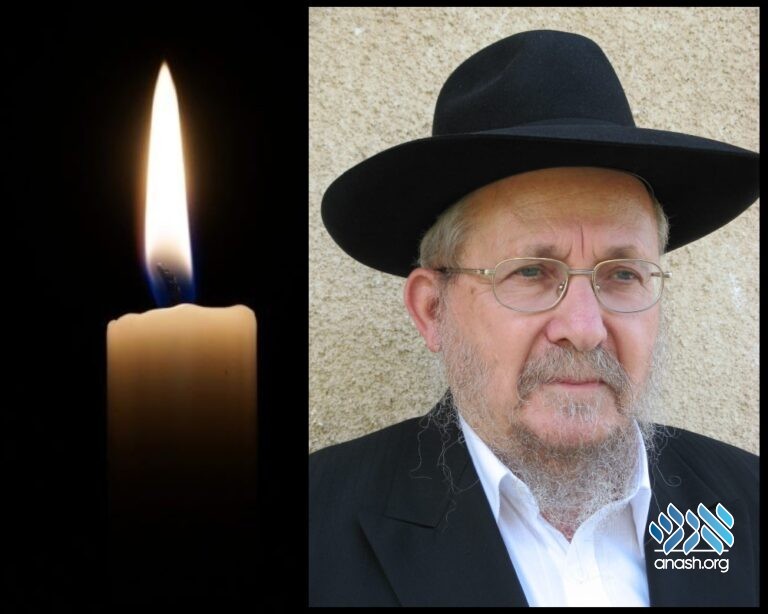 Harav Yekusiel Green, mashpia in Kfar Chabad and author of many popular seforim on Chassidus, passed away on Thursday, 2 Adar I, 5782.

Harav Yekusiel Green, mashpia in Kfar Chabad and author of many popular seforim on Chassidus, passed away on Thursday, 2 Adar I, 5782.

He was born on Daled Kislev, 5704, to his parents Rabbi David and Sarah Green. His mother was the daughter of the mashpia Rabbi Chaim Moshe Alperovich.

In his youth, he studied at the Talmud Torah in Kfar Chabad, and later in Tomchei Temimim in Lod. In 5723, he traveled to the Rebbe for the first time and joined the Yeshiva at 770.

After returning to Eretz Yisroel he married Rochel, daughter of Rabbi Binyamin Levin. Per the Rebbe’s instructions, the young couple settled in Kfar Chabad.

Rabbi Green was a prolific writer who used his talents to make Chassidus accessible to broad audiences. He authored dozens of seforim on Chassidus, including the popular ‘Maskil L’Eisan’ series on Tanya which has received wide acclaim.

He was predeceased by his wife Rochel two years ago.

The Levaya will take place Thursday night in Kfar Chabad.