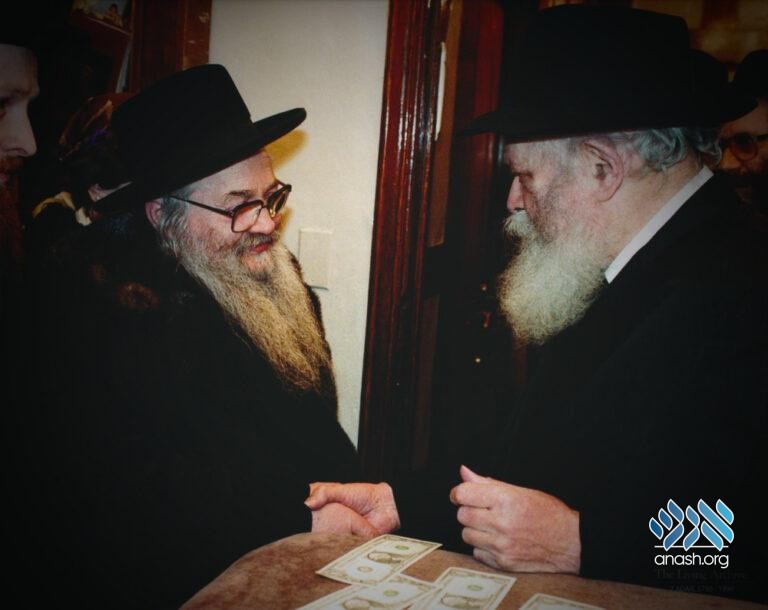 Harav Menachem Mendel Schneebalg, Rov of Machzikei Hadas in Manchester, UK who was one of the oldest Rabbonim in the world and a strong supporter of Chabad, passed away on Achron Shel Pesach.

Harav Menachem Mendel Schneebalg, Rov of Machzikei Hadas in Manchester, UK who was a strong supporter of Chabad and one of the oldest Rabbonim in the world, passed away on Achron Shel Pesach.

In recent years, Rav Schneebalg was ill and weakened and was hospitalized several times.

Rav Schneebalg was born in the month of Elul 1921 in the town of Gartarn, Romania. His father was Rav Dovid Tzvi Schneebalg, who was a Rosh Yeshiva in Grossvarden, Romania.

In his youth, he learned under Harav Eliezer Hager of Vizhnitz known as the Damesek Eliezer, and merited to publish some of his seforim.

He married his wife, Rebbetzin Feiga, a daughter of Rav Moshe Yehuda Ehrenreich. After the birth of their son, a tragedy occurred and she passed away. Rav Schneeblag ultimately remarried to Rebbetzin Bluma, daughter of Rav Shraga Feivel Steinmetz.

At a young age, Rav Menachem Mendel became rov of Khal Damesek Eliezer in the Prestwich neighborhood of Manchester. In 1958, after the passing of his father, he was appointed as the rov of the Machzikei Hadass community in Manchester.

Harav Schneebalg enjoyed a close relationship with the Chabad community in Manchester and was a frequent guest at Yud Tes Kislev farbrengens and Siyumei Harambam.

On 7 Adar 5750, Harav Schneebalg along with his wife and son came to the Rebbe for Sunday dollars. Rabbi Leibel Groner introduced him to the Rebbe and mentioned his tremendous support of Chabad in Manchester. The Rebbe gave him an additional dollar and wished him “yaarich yomim al mamlachto“, that he merit many long years in his kingdom.

He leaves behind an illustrious family, sons and daughters and many descendants. His children include the Chernovitzher Rov of the United States; Rav Chaim Feivel Schneebalg, rov of Khal Avrechim in Monsey; Rav Yisrael Shneeblag, rov of Khal Bolchov in Boro Park; Rav Yitzchok Eizik Shneeblag, rov of Machnovka Belz in Williamsburg; Rav Pinchas Shneeblag, rosh yeshivas Vizhnitz in London; and his daughters, the wives of the Stropkover Rebbe and Rav Chaim Halpern.

The levayah was held tonight from his home in Manchester. The aron will be flown to Eretz Yisroel and he will be buried in Yerushalayim.