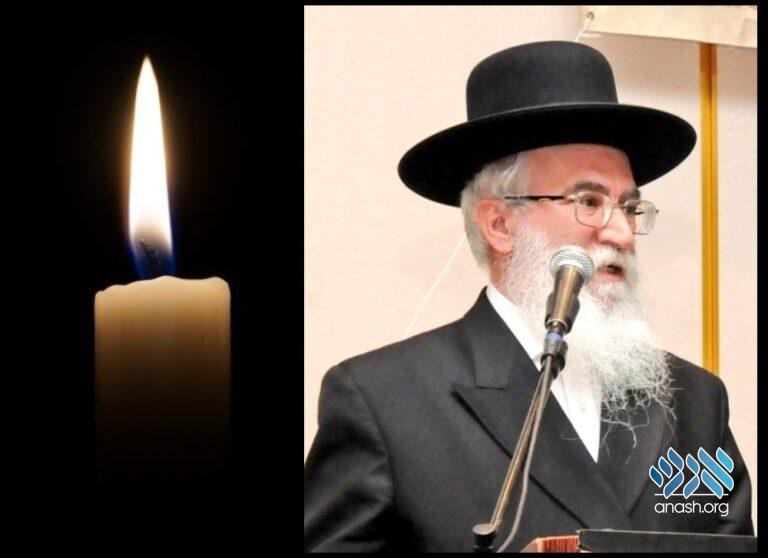 Rabbi Eisenbach was born on the 24th of Cheshvan, 5704 to his parents Rabbi Shimon Benzion and Chana Rechil Eisenbach. His mother was a descendant of Rebbetzin Menucha Rochel, daughter of the Mitteler Rebbe.

As a bochur, he studied in Ponevezh Yeshiva, Toras Emes Yeshiva, and Kfar Chabad. In 5725, he traveled to New York to study at Central Yeshiva Tomchei Temimim at 770.

In 5729, he married his wife Bracha Elka, daughter of Rabbi Aharon Berenshtein, a member of Moetzet Gedolei Hatorah, and Rosh Yeshiva of Yeshivas Chayei Olam in Yerushalayim.

Rabbi Eisenbach was a prolific author who wrote on all areas of Torah. His many seforim include his multi-volume Machane Yosef on the Rambam and Shas and Likkutey Sichos.

He served as an editor of the Encyclopedia Talmudit, and founded the Halacha B’Taama Institute to encourage the writing of chiddushim on the Alter Rebbe’s Shulchan Aruch.

He is survived by his wife Bracha Elka and their children Mrs. Leah Belinow – Elad, Israel; Rabbi Shimon Eisenbach – Brunoy, France, and grandchildren.