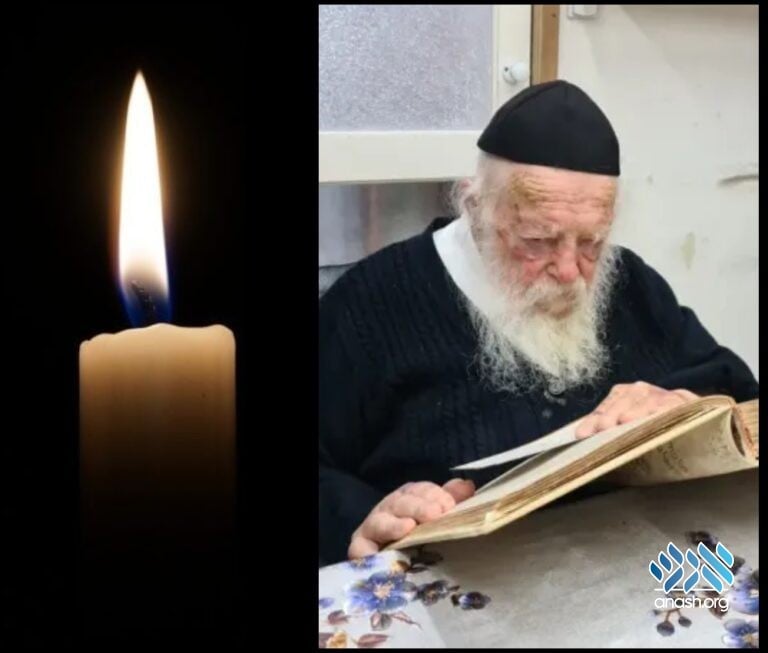 Harav Chaim Kanievsky, a leading rabbinic authority in Eretz Yisroel and author of numerous seforim on Halacha, passed away on Shushan Purim.

HaRav Chaim Kanievsky was born on 15 Teves, 5688, in Pinsk, Second Polish Republic, to Rabbi Yaakov Yisrael Kanievsky, known as the “Steipler Gaon”, and Rebbitzen Miriam Karelitz. His mother was a sister of Rabbi Avraham Yeshayahu Karelitz, known as the “Chazon Ish”.

In his youth, he was known as a brilliant child prodigy who had a photographic memory and could elucidate complicated halachic teachings, despite his young age.

Since the passing of Rabbi Aharon Yehuda Leib Shteinman in Kislev 5777, Rabbi Kanievsky, along with Ponevezh Rosh Yeshiva Rabbi Gershon Edelstein, was considered to be one of the leaders of the non-Chassidic community in Eretz Yisroel.

Harav Chaim was a leading posek in Eretz Yisroel, whose sage counsel was sought far and wide. He is the author of numerous seforim including on more obscure areas of Halacha.

In 5727, the Rebbe’s secretariat sent a letter to Rabbi Azriel Zelig Slonim asking him to obtain a number of seforim for the Rebbe’s library. One of those seforim was R’ Chaim’s sefer Kiryas Melech on the Rambam.

In recent years, he was in closer contact with Chabad Rabbonim and activists. In 5772, R’ Chaim met with Harav Yoel Kahn and Harav Mendel Vechter at his home. The pair gifted him with a set of the Rebbe’s sichos.

The levaya will take place on Sunday in Bnei Brak. He will be buried at the Zichron Meir Shomrei Shabbat cemetery, next to his father.