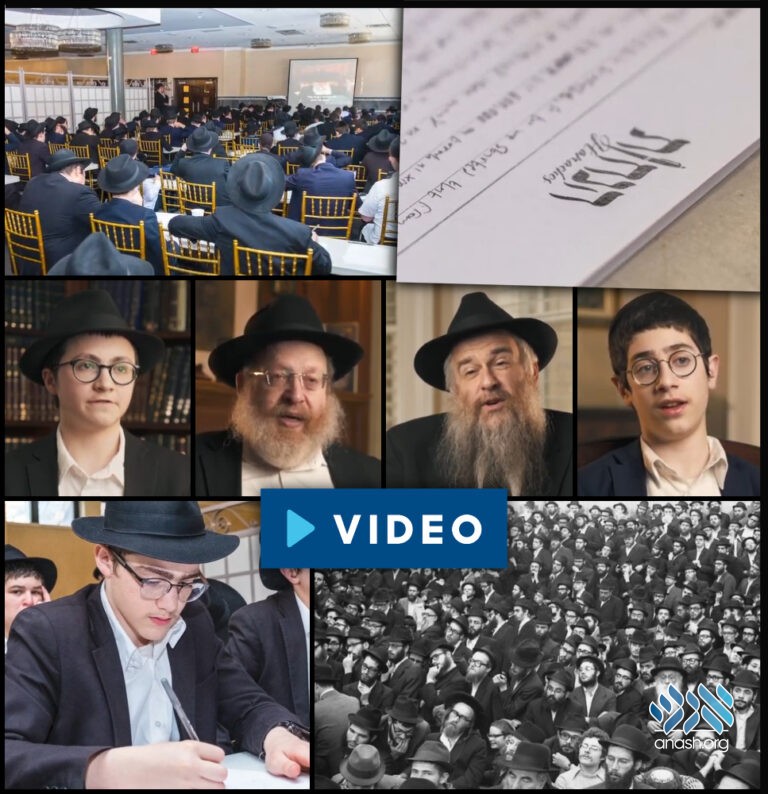 The Hanachos program, where bochurim prepare themselves for Gimmel Tammuz by watching videos of the Rebbe’s farbrengens and writing a ‘Hanacha’ on the sicha, launched this week for its third year in 15 Mesivtas across America.

The Hanachos program of Vaad Talmidei Hatmimim launched this week for its third year in 15 Mesivtas across America. Over the next weeks, bochurim will prepare themselves for Gimmel Tammuz by watching videos of the Rebbe’s farbrengens and writing a ‘Hanacha’ on the Sicha.

The program is built in a way where a Bochur which hasn’t yet watched a full farbrengen or a long video of the Rebbe beforehand, will – at the end of the five-week program – be able to focus on watching a full Farbrengen of the Rebbe and understand what the Rebbe is saying.

Each one of the sichos shown delves into another fundamental hashkafa connected with the learning of Rambam. The program will conclude by Gimmel Tammuz in time for this year’s Siyum Harambam.

After bochurim write an hanacha of the sicha, each hanacha is marked and every bochur who passes all Hanachos will receive an automatic prize: the first level receiving $50 in Kehos, and the second level receiving $100 in Kehos. The final top three bochurim with the highest mark will each be awarded with all 100+ seforim of Toras Menachem.

In a video prepared for the launch, Head Shliach of Thailand Rabbi Yosef Chaim Kantor shared with the bochurim how he wished he would have had a similar experince in his youth.

“I wish I would have trained in how to listen to the Rebbe’s farbrengens in a way that I would be able to retain all the information. That would allow me to follow the train of thought and the build-up the Rebbe was making,” he said.

Hanachos is a project of the Vaad Hatmimim in partnership with JEM, ran by Rabbi Tzvi Hirsh Altein along with Mendel Banon, Zelig Shemtov and Mendel Azimov, the Shluchim in all 15 participating Yeshivas and the JEM team led by Rabbi Elkanah Shmotkin and Mendel Gourarie. Many parents and Hanhola members have expressed their thanks and gratitude for having this program where the Bochurim are involved in Farbrengens of the Rebbe while building a skill to put the Sicha down in their own words.