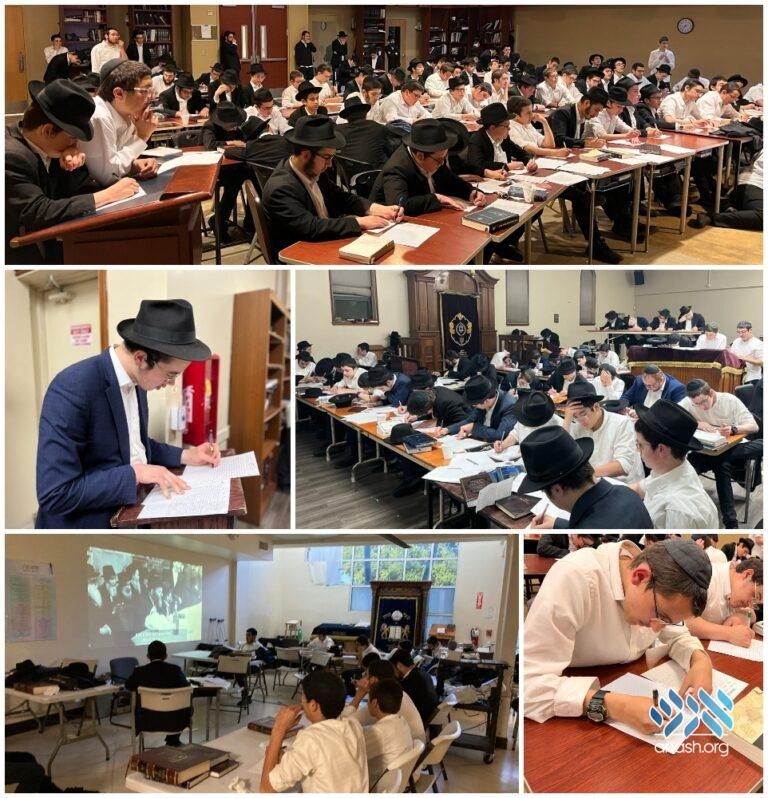 The ‘Hanachos’ program by Vaad Hatmimim, which motivates bochurim to watch and transcribe farbrengens of the Rebbe, has launched for its fourth year in 15 Mesivtas across America.

The Vaad Hatmimim and JEM has launched the Hanachos program, now in its fourth year, in 15 Mesivtas across America. The program, in preparation for Gimmel Tammuz, encourages bochurim to watch Farbrengens of the Rebbe and summarize the Sicha in their own words.

Every week two videos of the Rebbe are shown in Yeshivah, starting at between five to ten minutes, gradually increasing in time, culminating in the final week with thirty-minute videos. For the many Bochurim who are not used to watching Farbrengens or long videos of the Rebbe, this program motivates them to focus on a full Farbrengen of the Rebbe and understand what the Rebbe is saying.

Bochurim who successfully pass all the Hanachos receive an automatic prize of $50 – $100 in Kehos, depending on what level of the program they join. The final top three Bochurim with the highest mark on their Hanachos will each be awarded the entire set of Toras Menachem.

Many Bochurim have already expressed their appreciation for this important Mivtza in the past, stating that they were never able to properly follow and understand a Farbrnegen of the Rebbe until they joined the Hanachos program.

Many parents and Hanhola members have also expressed their thanks and gratitude for having this program where the Bochurim are involved in Farbrengens of the Rebbe while building a skill that will surely help them for many years to come.

Hanachos is a project of the Vaad Hatmimim in partnership with JEM, directed by Rabbi Tzvi Hirsh Altein along with Mendel Banon, Mendel Goldman, Levi Katz, Berel Marozov, Levi Shemtov, and Zellig Shemtov, the Shluchim in all 15 participating Yeshivas and the JEM team led by Rabbi Elkanah Shmotkin and Mendel Gourarie.