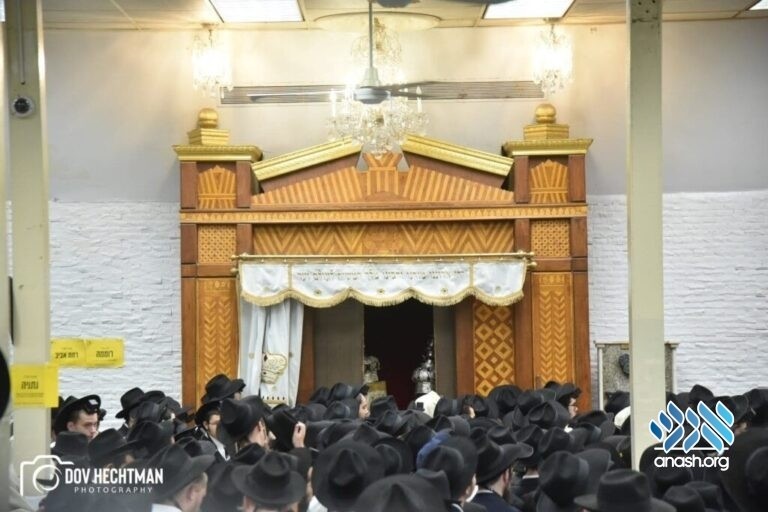 With the return of large crowds to 770 for Tishrei, the annual ‘Selling of the Mitzvos’ was held on Shabbos Bereishis, with some of the kibbudim fetching unusually high prices.

The decades-old Chabad custom of auctioning off the new year’s kibbudim on Shabbos Bereishis, was carried out in 770 this year in its usual style and manner.

The highest-grossing mitzvah was for the honor of opening the Aron Kodesh on Shmini Atzeres for tefillas Geshem. Widely considered a segulah for parnassa, it was purchased for a whopping $60,000.

Also universally considered to be a segulah for great wealth, the highly sought-after Aliya of Maftir Yonah was sold for $35,000. Surprisingly, it was sold for $5,000 less than last year.

The following is a partial list of the Kibbudim sold: